Sign in or Sign up
The essential site for residential agents
Home » News » Would you pay £32 to look around the ZPG head office?
previous next
Products & Services

Would you pay £32 to look around the ZPG head office?

No, it's not a ruse to raise more revenue from agents, but a charity fund-raiser for Workplace Week in November. 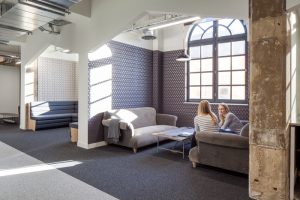 Would you pay £32 to be shows around the ZPG head office? That is the price being charged to participants in this year’s Workplace Week event this November, during which some of the UK’s more innovative and creative workplaces will be opening their doors.

If you think this a bit much to see around the ZPG office, then be reassured that the entrance fee is to raise funds for the BBC’s Children in Need.

ZPG is one of 19 companies opening up their funky HQs to public inspection. Others include Tesco in Welwyn Garden City, the Mclaren supercar factory near Woking in Surrey, WWF’s ‘tree house’ also near Woking and Lloyds of London.

ZPG’s 45,000 sq ft office, which the company moved into eight months ago, houses both Zoopla but also its other brands including uSwtich, PSG and PrimeLocation.

Recently added companies Hometrack and ExpertAgent are still based in the original offices in Chelsea and Somerset respectively.

The ZPG office, created by leading workplace design and fit-out company Maris, is in a courtyard building close to Tower Bridge in London.

It was designed to reflect the market ZPG services – ‘homes’– and as any agent who has ventured to the ZPG offices for a meeting will know, its reception has ‘hello’ welcome mats while elsewhere break out spaces have been designed to look like different parts of a house.

This includes front rooms and a home cinema, plus a presentation room has been kitted out in bathroom tiles and a conference room which has a hearth and mantelpiece.

There’s also a greenhouse eating area and workspace areas that include a library, terrace, wine cellar and drawing room (see above). Staff also have access to a gym (pictured, left) and a barista-run café.

The ZPG Workspace Week event takes places on November 14th between 10.30am and 12.00pm. Find out more here.