The summer 30s ad campaign is aimed at high-value homeowners, driving them to wonder how much their house is worth and seek a valuation. 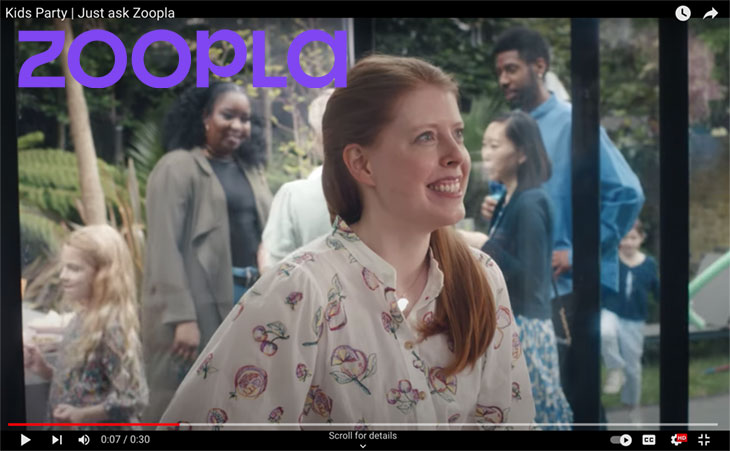 The new campaign is aimed at high-value homeowners, driving them to wonder how much their house is worth and seek a valuation. Zoopla also hopes it will help searchers understand better land sold information.

The portal is claiming success already, with a 35% week on week increase in valuation leads delivered for agents since the campaign’s launch last Friday.

Zoopla says current market conditions and economic headwinds mean that many vendors are stuck in a ‘thinking about it’ phase, but with the housing market still performing well above the five-year average – Zoopla’s campaign taps into the real life changes that constantly create the need to move – be it kids, marriages, divorces and everything in between.

The campaign is estimated to drive an uplift in vendor leads of 13% this summer.

The adverts themselves feature embarrassing characters who wonder out loud how much their friends houses are worth, at the most inappropriate time, when of course, all they needed to do was go and have a look on Zoopla.