Rightmove is the biggest online property portal by traffic, but it still faces stiff competition from Zoopla, according to an investment information website.

With membership now at more than 5,000 offices and with a significant number of member offices uploading their properties to the website ahead of any other portal, OnTheMarket.com (OTM) has already established itself as one of the UK’s leading property portals, but it is Rightmove that is expected to benefit the most from the launch of OTM, it has been claimed.

An article on the popular investment website, The Motley Fool UK says that dominance by one company is commonplace in the internet industry, highlighting that the likes of Google, Facebook and eBay dominate their respective sectors. “Size matters, because of network effects and economies of scale,” it said.

But although Rightmove is the biggest online property portal by traffic, it points to the fact that the website “still faces stiff competition from Zoopla.”

“Innovations ranging from calculating the distance to the nearest railway station and archived listings have helped Zoopla to stay in a strong second place position,” it added.

Only last week, Zoopla Property Group (ZPG) launched its Real-Time Listings Service, allowing its members to send updates to property listings on ZPG websites within minutes of being updated on the agent or developer’s system or website. The service has been launched initially with Property Software Group (PSG), starting with Alto and will be followed by the roll-out across other PSG products Jupix, CFP and Vebra Live over the coming weeks.

Jon Notley (right), Commercial Director at Zoopla Property Group, said, “We are delighted to be launching our Real-Time Listings Service. In a world where consumers expect instant updates, this service offers our members the chance to stay ahead of the competition and ensure their listings go live within minutes of the instruction. We look forward to rolling this out over the coming months.”

But despite ZPG’s latest improvement, The Motley Fool article suggest that Rightmove’s “dominance is set to strengthen” with the rise of OTM, owed in part to its “only one other rule” preventing member agents from listing on both Rightmove and Zoopla.

“With Rightmove being the busiest, it is Zoopla that loses out,” said The Motley Fool report. “Zoopla, which still managed to grow revenues by 10 per cent in the six months leading to the end of March 2015 saw the number of its members fall by 16 per cent. The worst may yet be to come, as Zoopla could see more traffic move to Rightmove, given that Zoopla no longer has a comprehensive listing of properties for sale.” 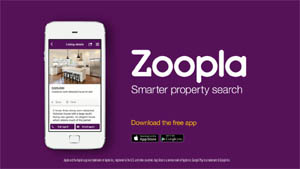 With major agencies like Countrywide, LSL Property and Foxtons all remaining loyal to both Rightmove and Zoopla, The Motley Fool report suggests that OTM “will fail to build enough of a presence” denying it the number one spot in the portal market that it craves.

But it is worth noting that the article was written by Jack Tang “who has a position at Countrywide” according to a footnote credit by The Motley Fool UK; the website itself has recommended Rightmove.

“We Fools don’t all hold the same opinions, but we all believe that considering a diverse range of insights makes us better investors,” the article concludes.