ZPG reports that mobile traffic is up 40%, while Rightmove has launched a share incentive plan for its members of staff. 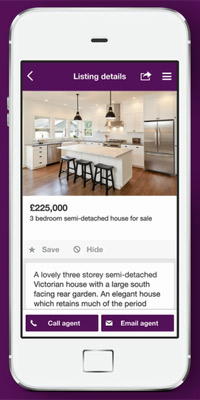 Zoopla Property Group (ZPG) reports that its mobile traffic is up by over 40 per cent so far this year compared with the corresponding period last year as more consumers than ever use the Group’s services to search for properties while on the move.

ZPG claims to have delivered a record 45,000 enquiries during the first two months of the year from prospective vendors requesting appraisals to ZPG member agents, supported in part by its appraisal tool which allows homeowners to contact local agents to arrange a valuation of their home.

Lawrence Hall (left) of Zoopla Property Group said, “We’re delighted to see that the various product improvements and innovations we are making continue to result in record levels of engagement with our tool sand leads and instructions for our members, reinforcing the exceptional value that we provide.”

Rightmove is another portal that has enjoyed growth in web visitors, supported by higher levels of mobile traffic.

Over 100 million people visited the Rightmove site in January, a record month for the property portal, helping to boost profits.

The company reported that it made an average of £684 per month from each estate agent branch that uses the service, up 13 per cent year-on-year. This raised its total turnover 19 per cent to £167 million.

Buoyed by surging profits, a stable level of property listings and record high visitors to its website, Rightmove has launched a share incentive plan for its employees with an award of 100 free shares to all qualifying employees in January 2015, its annual report revealed.

It has also boosted engagement in benefits by achieving 91 per cent membership of its pension scheme while 94 per cent of respondents to its annual survey said Rightmove was a great place to work.

Rightmove said the SIP was a “thank you” for all the hard work and dedication shown by members of staff in recent years.

Rightmove, which operates a number of incentive options for employees including its sharesave plan, spent £0.9m on purchasing the shares to fund the SIP. The Rightmove Employees’ Share Trust purchased 38,300 shares for transfer to the SIP in January.