Zoopla’s £160 million acquisition of uSwitch, which was only completed last week, may have caused investor concern.

Shares in The Zoopla Property Group (ZPG), which recently acquired energy provider comparison site uSwitch, dropped by 15.9p to 258.7p at the tail end of last week, following an Ofgem investigation into whether two or more companies providing a supporting service for the energy industry breached competition law.

Following shareholder and FCA approval, ZPG last week completed its acquisition of uSwitch, the comparison website and lead generation engine for energy and communications switching. But while ZPG said that the deal was designed to reaffirmthe company’s mission to be the most useful resource for consumers and most effective marketing partner for professionals operating within the property industry, the acquisition may actually prove to have been badly timed.

The concern for ZPG is that uSwitch, along with MoneySupermarket, has been asked by Ofgem to provide information in relation to an investigation over whether companies supporting the energy industry have broken any rules.

Despite the pending investigation, the enlarged ZPG group is now working on developing products which will directly benefit ZPG members by allowing them to source the best gas, electricity, broadband, TV and phone deals in the market and earn fees whilst saving money for their clients.

The aim is that over the coming months, ZPG members will benefit from further investments in product and marketing, enhanced consumer engagement and greater insight into their property requirements, a further differentiated and expanded audience and opportunities to generate revenues from saving their clients money.

Reflecting on the deal to acquire uSwitch, Alex Chesterman (left), Founder & CEO of ZPG described it as “another important milestone” in his company’s journey to create the “ultimate property market resource, and in the evolution of the property portal.”

He added, “Being able to help consumers both find their next home and save money on their household bills is a great fit and we are excited about the new products that we are working on and which will create revenue opportunities for our members.”

Despite the controversy, members of ZPG who purchased discounted shares in ZPG as part of the exclusive Member Offer in last June’s Initial public offering (IPO), which have since seen a rather impressive return of over 55 per cent on their investment, are now being offered the opportunity to purchase the same amount of shares on the upcoming IPO anniversary date. The shares are available at the same fixed price of £1.76 per share, which would allow them to score a significant instant profit, based on the current ZPG share price.

Mr Chesterman added, “At the time of our IPO last year we were happy to be able to offer our agent members the opportunity to buy shares at a discounted price and become shareholders and were delighted with the take up by our members. Those who took us up on the offer have made a healthy profit and over 90 per cent of them remain members today and are eligible to buy more shares at £1.76 as part of the anniversary offer. It is great that we have been able to reward these members for their loyalty with over £5.5 million over the last year.” 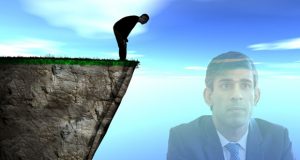