After total debt rises to £267 million, Zoopla's parent company decides to refinance itself with a bond issue. 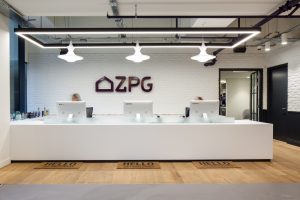 Zoopla parent company ZPG has revealed that it is to restructure its debt by raising £200 million through a bond or ‘senior notes’ issue.

ZPG says the bonds will become due for repayment in five years’ time and will help it refinance its debt by securing more “attractive interest rates” until 2023.

This gives it a further three years of breathing space – its existing debt, which is part of a £325 million facility, is due for repayment in 2020.

The bond issue, which will not be public and will be offered to investors through different financial channels, follows a significant spending spree by the company which has seen it acquire several businesses.

This has included most recently – and expensively – the acquisition of financial products website Money for £80m and Dutch property data firm Calcasa for £26.5 million.

Within its latest results published late last year, ZPG revealed that it had a net debt (borrowings minus cash in the bank) of £191.5 million, up from £146.5 million in 2016, although its total borrowings and loans stood at £266.9 million.

During 2017 ZPG extended its credit facilities by £125 million and raised £74.3 million through a share placing.

“The proposed new debt package is expected to strengthen the Company’s financial position by offering it increased financial flexibility, providing a more stable and appropriate capital structure and allowing it to secure attractive interest rates for the next five years,” a ZPG spokesperson says.