Sign in or Sign up
The essential site for residential agents
Home » News » Exclusive: Airbnb ‘whole property’ listings rise by a third in just 12 months
previous next

Data given to The Negotiator for London reveals sharing platform's rapid expansion despite attempts to limit its effect on housing market. 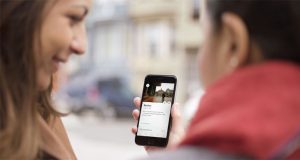 The number of whole homes being rented out via Airbnb has increased by 31% over the past year, latest data shown to The Negotiator reveals.

These figures are for London, the key market for Airbnb in the UK, where there were 29,476 properties available to rent during October, up from 22,400 the year before.

This is also more than four times the number of ‘whole home’ listings compared to November 2014 when US-based consultancy AirDNA began collecting data.

These ‘whole property’ listings are contentious because they can be in direct competition with traditional lettings, despite efforts to limit them.

Airbnb earlier this year limited the number of total nights a property can be rented out during a calendar year to 90 to conform with Section 44 of the Deregulation Act 2015, which requires any landlord exceeding that limit to seek permission to do so.

Although Airbnb’s system automatically limits a property’s account once it goes over 90 days of bookings,  landlords can override it by confirming via a weblink form that they have the relevant permission from their local London council – no proof is required.

Airbnb says this information including the listing address can be shared with local enforcement teams, but in February this year seven key central London boroughs told the BBC that the measure introduced by Airbnb would have “little effect” and called for tougher policing of the home sharing website.

The criticism doesn’t appear to be holding Airbnb back. The rapid growth in the number of ‘whole homes’ in London is part of an overall expansion of Airbnb in the capital.

The number of bedrooms available to rent out via Airbnb in London has increased by 22% over the past year, and AirDNA says the average annual rent these rooms earn for their owners is £3,310, less than the rent-a-room scheme taxable limit of £7,500 a year.

The Chancellor Philip Hammond last week said in his budget statement that he is to consult on what to do about the rent-a-room tax allowance, which he said may no longer being used by home owners for its original purpose.