Sign in or Sign up
The essential site for residential agents
Home » Charity » Birthday ball raises £9,000 for charity 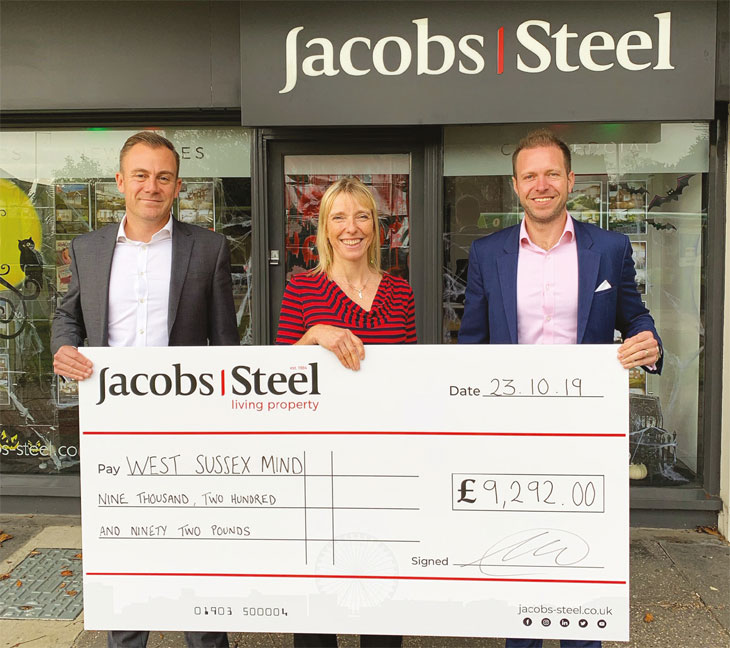 The sold out event, hosted by Jacobs Steel at the Worthing Dome, featured a three course dinner, an auction, a raffle and a live band, which collectively raised £9,292 for the mental health charity.

The auction lots included concert tickets for various acts at the O2, a signed Brighton & Hove Albion football shirt, a spa break, and a cooking class with MasterChef winner Kenny Tutt. All products and services were kindly donated by local businesses.

We hoped to raise £5000, so almost doubling that amount was an amazing feat.

Pat Barton, Managing Director of Jacobs Steel, said, “We have been serving the south coast for 35 years and wanted to celebrate this milestone in a spectacular fashion. After consulting our staff we decided to host an event that benefited a local charity. Most people know someone who has experienced mental health issues so Coastal West Sussex Mind was the obvious charity to support.”

Matt Jacobs, Managing Director of Jacobs Steel, said, “We were hoping to raise £5,000 so almost doubling that amount was an amazing feat. Thank you to everyone that attended, donated to and supported this great cause.”