Chestertons to begin offering franchises in UK and rest of world

Gavin Vercoe and Derrick Maguire, both of whom have impressive property and franchising careers across Asia Pacific, Australasia, MENA (Middle East & North Africa) and Europe, have been appointed by Chestertons International to jointly head up the franchising of the business, where they will develop and oversee the brand’s new offering – ‘The Chestertons Way’ – in the UK and overseas.

Previous roles include Executive Director of Operations and Franchises at Colliers International Asia, one of the four man executive committee that ran the Asia region.

In this role he helped formulate business strategy and oversaw the franchise offices and operational divisions of the company, developing such things as the company fee sharing agreement and new IT platforms.

As part of his new role Gavin will be responsible for developing the international franchise operation whilst finding and assessing suitable new countries to expand into.

Derrick Maguire (below, right) has an impressive record in estate agency franchising in the UK, UAE and Europe. He will manage the UK expansion and maintaining relationships with existing Partners across the network.

With 21 years’ experience in the international franchise estate agency sector, Derrick’s career background includes two of the largest property franchises in the UK, as well as companies in the UAE and Europe.

Derrick joins the firm from Asteco where he was Head of Sales, Leasing and Franchising and set up fifteen franchisees in MENA. Prior to this, Derrick was a Regional Franchise Manager for Martin and Co PLC, where he looked after 56 offices in England, Scotland and Northern Ireland, doubling their growth from the year before and hitting 216% of all of the offices’ sales target in year one.

Other career highlights include Regional Manager for Belvoir for Scotland, before subsequently owning a franchise with the firm in Edinburgh and becoming one of the most successful franchises in the country, increasing the value of his business by 10.6 times his initial investment. This vast experience of franchising, sales and lettings allows Derrick to bring guidance and support in helping the Chestertons brand achieve growth and profit as well as delivering a first-class service.

Gavin says: “I’m delighted to be joining a globally recognised brand that is Chestertons. They are one of the leaders in their field and I look forward to expanding the international network even further for them in markets that I know extremely well.

“Chestertons has some excellent proptech and processes to win and maintain mandates. These have been proven in the tough London market and have seen the company grow while many of their competitors are contracting. We will bring these proven business practices and ways to canvass for new customers to our franchise partners and I’m sure it will also drive their success.”

Derrick added, “This is a very exciting proposition to be involved with and what enticed me to move back to the UK from Dubai. Franchising is a growing business and it’s going to be a great opportunity working once again with top tier professionals within the industry. Chestertons is such an iconic brand that many existing businesses will see the value in joining and rebranding.”

Derrick and Gavin now form a team of eight people in the International Department that will be run out of Dubai. 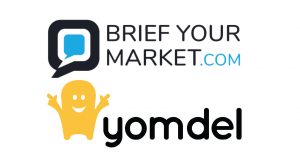 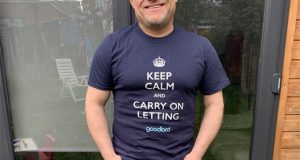