Sign in or Sign up
The essential site for residential agents
Home » News » Housing Market » Is divorce good for the property industry?
previous next
Housing Market

Is divorce good for the property industry?

As the BBC ‘divorce drama’ The Split kicks off on TV, Glentree’s Trevor Abrahamsohn reflects on the pain and pleasure divorcing couples can bring those working in the industry.

Of the three ‘D’s’ (death, divorce and debt) divorce can be, in certain circumstances, the most painful (for some) since the consequences from it can linger endlessly and remorselessly, for many years or decades, a little like permanent ‘reflux from a bad meal.’

In the 42 years that I have presided over the residential agency business, I have encountered thousands of divorce cases, some of which are so ridiculous as to be comical.

In one such recent case, Glentree was asked to find a tenant for the marital home and found that the wife of the divorcing couple gazumped a prospective renter in order to ‘get back’ at the husband.

She then refused to move out of the house, when contracts for another party had been signed.

As they say, ‘there is nowt so queer as folk’.  It is a fact that when the rumblings of marital disharmony become a rupture, after contacting the ‘Rottweiler’ divorce lawyer, the estate agent is then a very close second, since the prime residential property is invariably one of the largest family assets, which needs to be sold.

Unfortunately, pettiness in these circumstances becomes an obsession where parties can ‘lock horns’ over the most trivial family heirloom, which is often of no significant value.

Problems arise when the matrimonial property is ‘stripped bare’ of even the most rudimentary items i.e. toilet roll holders, which is understandably irritating to the incoming buyer of the home.

As agents, we have to be so careful. If, for instance, the wife contacts us we may become inadvertently ‘persona non grata’ to the husband and vice versa.  Where the relationship becomes fractious, any advisor to the one party is the sworn enemy of the other. It is seldom that we are able to act for both parties.

The matrimonial lawyers often exacerbate the ‘jousting’ process between parties and it can become a ‘battle of the titans.’ Often one party or another wants to exaggerate the value of the property and this gives us a herculean problem as to managing their expectations.

Throw in the towel 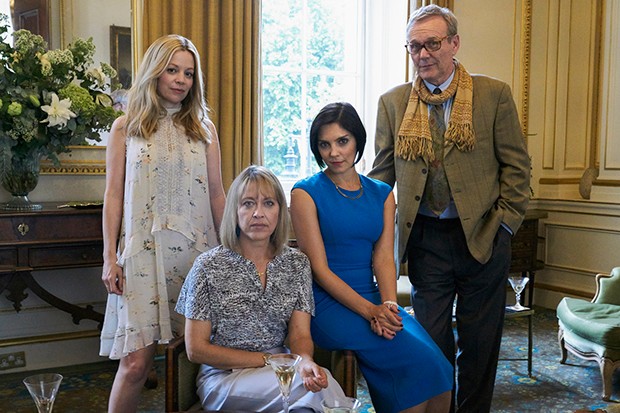 In one particular case, at a strategic meeting to try to buy a property, in the boardroom of our offices, the temperature between the husband and wife became so intense that instead of trying to buy a new home they decided to ‘throw in the towel’ and get divorced.

Some of our clients consume hundreds of thousands of pounds, if not millions, in the matrimonial legal proceedings and they can be in and out of Court with every ‘twist and turn’ of this tortuous process.

Custody of the children and parental access is a huge problem since it involves communication between the parties, which is difficult when they are ‘warring factions’.
Since the matrimonial laws in the UK have changed, we are finding more and more parties willing to use the Divorce Courts in this country, rather than elsewhere in the world, if one or other party is of international origin.

Often the husband is advised to remain in the property until the settlement is reached, which exacerbates the emotional turmoil and sadly, the children become the inadvertent victims of this unfortunate, domestic, scene, which is a great pity.

Informally, we try and counsel the parties to try to reach an equitable settlement without lawyers, but this is very difficult and often we can be caught in the crossfire.

I very much believe in the institution of marriage, having been a ‘fully paid up member’ for over 40 years myself, but sadly, statistics tell us that the majority these unions fail.

Although we are very reluctant to act in these circumstances if there is no other solution, and it is a job that needs doing, we will certainly do our bit.

I’m looking forward to watching the six episodes of the new BBC new drama (pictured, above) because maybe some of the domestic scenarios will be very familiar.