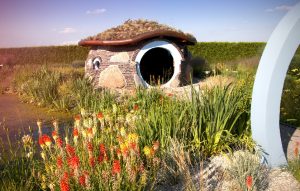 Who’d live in a hobbit house?

A quarter of British people dream of living in a hobbit house. Truly, they do. A further 10 per cent would like to sail away to live on a converted boat, a canal boat or a floating house and, holy smoke, 26 per cent pray for a converted chapel, in which to rest.

However, once they have realised how expensive/problematic/silly their dream is, most British buyers settle down and moderate their dreams. The most coveted feature of a modern home, reports the interiors retailer Curtains.com, is a country kitchen – a surprisingly high 54 per cent of women covet the cosy look. 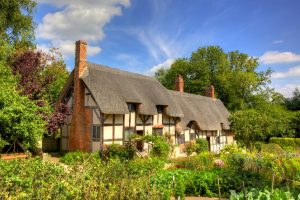 Many of us dream of living in the quintessential thatched country cottage.

That country kitchen would, ideally, be in a traditional thatched cottage (32 per cent) and when it comes to the decor, most are in favour of traditional features and period character.

And, of course, it follows that over 50 per cent of us fantasise about that cottage being set in a decent sized garden in a quiet rural setting.

More than half of Brits would rather live in a small home (if not an actual hobbit house) in a premium location as opposed to a home with more square footage in a cheaper area.

When considering green home credentials, sustainability is more important to men than women, with almost a third of men (31 per cent) making it a priority compared to just a quarter of women.

Surprisingly, school catchment area, commuter transport links and local crime rates were only important to 17 per cent of the respondents.

Matteo Fabbi at Curtains.com, who carried out the survey, said, “Interiors magazines are adorned with minimalist, modern interiors full of clean lines, shiny surfaces and open spaces, but actually our research has found that people are more in favour of cosy homes with traditional features and period character.”

The UK’s most desired unconventional homes include: