Let’s be honest about Listed Buildings

Buyers may love the listed property, but, says Christine Hereward, Head of Planning at Pemberton Greenish, agents need to be upfront about the issues. 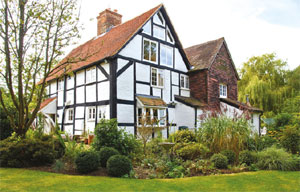 Listed buildings can be an attractive proposition, with a ‘wow factor’ which sets them apart. A building is given Listed status because of its special historic or architectural interest. So, development proposals (even minimal works) which might have a negative impact on the building’s special interest as a ‘heritage asset’ will be scrutinised by Council officers. Other organisations and individuals may also have a keen interest – Historic England, national/local amenity groups, individuals in the neighbourhood with time on their hands etc.

Listed Building Consent may be needed for even standard DIY jobs!

This means that one has considerably less freedom to do what one wishes with a property than would be the case if it were not Listed, a factor that warrants consideration before committing to a deal.

It’s quite well known that there is a separate regime that controls works to Listed structures, but how Listed Building Control operates is often misunderstood.

If you propose “alterations or extensions which affect the property’s character or appearance” you will need to consider whether Listed Building Consent is required. Clients are not always happy to hear about the downsides of taking on a Listed property that they’ve fallen in love with, but it’s important they are made aware at the outset.

Listed Building Consent may be needed for even standard DIY jobs!

There’s also a fine line between ‘like for like’ repairs which do not need Listed Building Consent, and those that will.

If it looks like Listed Building Consent may be needed, it’s not a good idea to charge ahead regardless. It is a criminal offence, punishable with up to two years’ imprisonment or an unlimited fine, to carry out works to a Listed Building without the requisite Consent.

Listed Building Enforcement Notices are more common than prosecutions, but just knowing they are in danger of having a criminal conviction is a situation most people would rather avoid.

Sometimes, a Council will both prosecute and serve a Listed Building Enforcement Notice – though thankfully that is rare.

Listed Building Enforcement Notices require reinstatement and/or remedial works, they are served on those with a legal interest in the property (including the mortgagee). There is a right of appeal against the Notice, but one is more than ‘on the back-foot’ by that stage.

Don’t be caught out by common myths:

There will often be a chance to resolve matters without the Council resorting to formal action, but that requires sensitive handling and careful negotiation. Just charging in and carrying out more works to a Listed property in an attempt to “put it right” often makes matters worse.

Be aware of the implications of a Listed Building being in the vicinity of your site. Even if your development proposals do not include works to any Listed structure, any impact of your proposals on a Listed Building nearby will be a relevant planning consideration when your application is being considered. Refusal of a scheme may be warranted on that ground alone.

Many problems that arise in relation to obtaining Listed Building Consent (or the lack of) can be avoided or managed by planning ahead. If you are planning to carry out works to a Listed Building, or have proposals which might impact upon one nearby, consider consulting a Listed Buildings specialist; it can save you a lot of money and headaches in the long run.