LLSL and Connells have announced the sale of their holdings in property search and conveyancing services company, TM Group (UK) Limited. 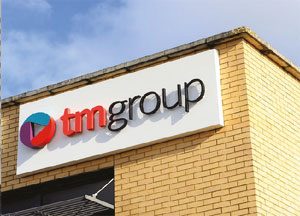 Both LSL and Connells have announced the sale of their holdings in property search and conveyancing services company, TM Group (UK) Limited. Connells sold its 64.58% stake for £58.7m and the sale of LSL’s 32.34% has netted it £29.3m.

TM Group, which launched the sales progression tool Mio, was established in 1999, with Connells acquiring a stake in the business alongside Countrywide, and subsequently LSL.

The new owner, Dye & Durham (UK) Limited, is a Canadian-based global provider of cloud-based software and technology solutions for legal and business professionals.

LSL says the money realised is to be used “for deployment into opportunities to accelerate the Group’s growth strategy, in particular Financial Services”. It follows the sale of LSL’s investment in LMS, announced on 26th May 2021.

David Livesey (left), Connells Group CEO and outgoing Chairman of TM Group, says: “We are proud of the business that we built and which is set for further development under the ownership of Dye & Durham. They are the ideal acquirer for TM, enabling it to evolve as part of a global operation and providing a good fit alongside the stable of specialist businesses that they are assembling. We are excited for the future of TM Group, wishing the team ongoing success, and look forward to continuing our partnership with them as customers for the long term.”