Letting agents report up to 25% reduction in revenue following ban

Lettings platform says it has discovered the figures after canvassing the 4,000 agents who use its service across the UK.

Letting agents have told letting platform HomeLet that they face unprecedented headwinds at the moment including significant reductions in revenue following the fees ban and greater difficulties with evictions and rent collection.

The company’s Head of Sales Vicky Quinn-Campbell says she and her team surveyed the 4,000 letting agents who use its service and found that the ‘overwhelming feedback’ was that they are facing an income gap of between 10% and 25% following the introduction of the tenant fees ban.

HomeLet also found that many of them are looking to reduce their let-only landlords and take on more managed property to help plug the fee gap. The company references over 500,000 prospective tenants a year, and offers a range of commissions to member agents for referrals.

Agents have also said the government’s courts closure programme and problems with tenants paying their rent on time are putting the private rental system under intense pressure.

HomeLet says it has been paying out a record amount to landlords who’ve lost income from defaulting tenants, and that the company has been evicting record number of renters, too.

It also says the time landlords must wait to take repossession of their properties is getting longer and longer because so many courts have been closing across the UK.

“These problems are why more and more landlords are turning to insurance products to protect themselves from defaulting tenants and the cost of evictions,” says its Head of Sales Vicky Quinn-Campbell

Earlier this year it was reported that just over half or 162 of all magistrates courts in England and Wales have closed since 2010 forcing many involved in evictions to drive up to 50 miles to access justice, particularly in more rural areas such as Wales, East Anglia and the North of England. 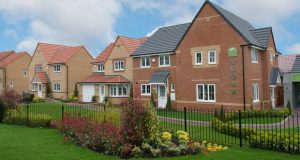