Nigel Lewis talks to Mark Brooks, the CEO of leading Kent estate agency Miles and Barr, who’s got plans for his firm to expand fast in the already competitive south east of England sales and lettings markets. 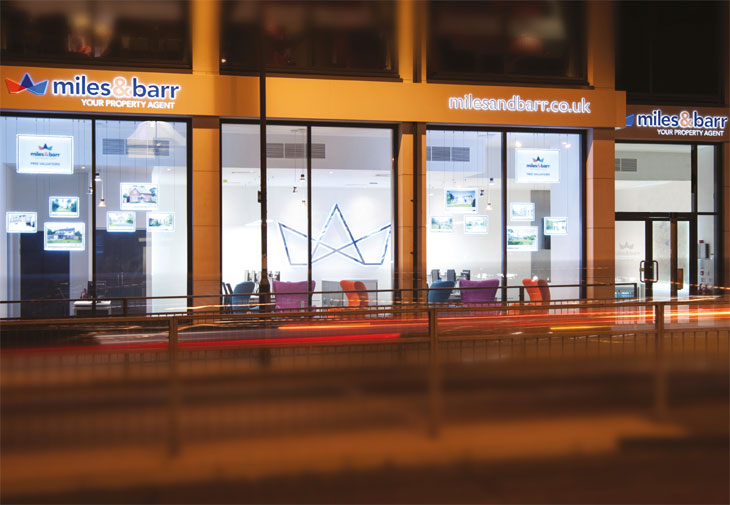 Miles & Barr has been on a roller-coaster journey since its founders opened their first branch in Ramsgate, Kent 22 years ago.

Since then, the company has had to deal with both the pandemic and the 2007 financial crisis, but despite these challenges it has grown to 12 sales and lettings branches, 250 staff and a turnover of approximately £12 million.

So, what next for the company and its management who, just days before the pandemic struck, completed a £3.8 million management buyout?

You want to reach 5,000 rental properties under management. How are you going to achieve that? 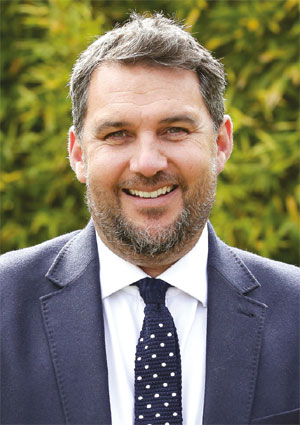 “We are going to grow via acquisition – it’s hard to organically grow landlords because they’re hard to find and even harder to attract. And it’s not a growing market; there are as many landlords leaving the market as there are joining the market.

And acquisition is easier – there are plenty of lettings business owners of a certain age that are now thinking about retiring sooner or later. The only complication is that the market for portfolio acquisitions has heated-up. Most entrepreneurial agency owners or leaders have realised that now.

“Businesses in the future that have ‘contracted income’ will be worth a lot more than those that are based on ‘transactional income’. We’ve done three acquisitions within the past 12 months with a couple of others on the horizon, plus two branch openings coming up.

March 3rd was the happiest day in my life, and then came the worst days of my life as the housing market closed. CEO Mark Brooks.

“One of the big areas of growth for us is financial services – so generating leads outside of residential sales. We’ve recruited 11 new mortgage advisors over the past four months to handle a high volume of leads coming in via digital marketing for financial services.”

Are you looking expand out of Kent? 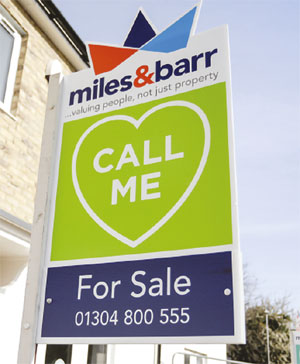 “We’ve got 12 branches and everything east of a line down from Faversham through Canterbury down to Folkestone, that’s our territory, but anything west of that line and we don’t have anything.

“And that’s why we bought Brettslets in Tunbridge Wells this year; it was our first foray in mid-Kent, to be followed by a new high street branch opening in that area too.

“But overall, we want to expand to cover the whole of the South East with our lettings offer through a centralised property management operation so that will be a straightforward process for us to manage. We also recently bought Roger and Hambridge, our first move into block management, including units all over the South East rather than just in Kent.”

Are you still a traditional agency?

“Yes, we are. There are only two branches that aren’t directly owned; they are operated via a 50/50 joint venture, and we did that for a pair of established members of staff to stop them leaving rather than because we’re interested in a franchised model; it’s not a fee-based Hunters or Belvoir model we’re interested in.

“During the financial crisis we used that kind of franchising model as a way to survive, but now we’re now a 90 per cent traditional estate agency model that’s growing, with a couple of joint venture branches.”

Are you a big fan of high street branches and how do office hubs fit into the mix?

“I think claims that branches are expensive and unnecessary are a fallacy and that it’s a red herring to worry about whether to keep a branch or not. The physical costs of running a branch – namely the lease – are only five per cent of the total costs with others such as the portal subscriptions and staff being much greater.

Consequently, if you’re wondering whether to do away with a branch, then remember it isn’t going to transform the profitability of your business.”

But I am aware of how lucky we all are as estate agents to have worked in an industry that has boomed since the market reopened.

“We’ve taken a different approach; some of the staff who were traditionally based in our high street branches have been centralised to offer better customer journeys and create a more efficient distribution of workload. “For example, five years ago we had a sales progressor and an administrator in every branch, but now those roles along with a dozen or so sales support staff are centralised at our 7,000 sq ft head office.

“In the future, I think branches will feature ‘reception staff’ who deal with walk-in enquiries and organise viewings, valuations and other tasks but who will be connected to a centralised ‘mothership’ HQ that covers the daily admin.”

Are you fan of proptech?

“I’m cynical about the promises made for it and subscribe to the ‘beware false prophets’ point of view, as often it can be smoke and mirrors. But overall, I think tech is really important and as an industry we’re quite behind other sectors in our adoption.

“Which is why we decided to develop our own. Called i-PACKS, it’s a digital service that reduces offer-to-completion time by several weeks by enabling vendors to provide prospective buyers with property information much earlier in the process. It has been built in partnership with tech firm HIVE and Lifetime Legal and provides information via a single online dashboard.

“Last year we invested in Matterport and now have six full-time photographers using that tech for all our properties regardless of price or size, and we also use Australian live streamed home tours firms Gavl for our virtual lettings viewings.”

Studied at university in Canterbury and on graduation in 1999 went to work in the City as a recruitment consultant. Left to join Miles & Barr initially as a trainee but moving up the ranks to become a director and now CEO. In more recent years he has headed up the firm’s technology plays but also its business planning, implementing, franchising and financials.

Mark is married with children and, as well as family days out, loves to play football, golf and go skiing and diving.