Brighton-based rental proptech firm Movem has been bought by Homelet and Rentsheild parent company Barbon Insurance for an undisclosed sum.

The move comes four weeks after it failed to make it into the final round of the HM Treasury’s Rent Recognition Challenge, which would have provided it with a substantial cash injection.

It made it into the first stage of the funding competition and gained £100,000 to back its development, but was beaten by Rentalstep, Bud and CreditLadder into the second and final round. These three shared £1.4 million between them.

Movem has already raised £740,000 from private investors and crowdfunding efforts since it was launched in 2013 as a ‘TripAdvisor’ for residential rental properties, initially targeting the student lets market.

More recently it has ‘pivoted’ and concentrated instead on tenant referencing.

Movem is to continue trading as a stand-alone company and its founder and 20-something CEO Peter Ramsey (left) is to stay in post.

“Under its leading brands, Barbon clearly understands this sector and sees Movem as a valuable addition to its range of solutions,” he says.

“Even during our initial discussions, it became clear the mission and culture of Movem was a good fit with Barbon’s own ethos. Movem as a service will have access to more resources under Barbon to ensure we continue to develop and innovate further in this exciting new technology.

“At times this must appear bewildering to letting agents having to sift through the myriad of pitches and presentations and needing to decide where, if anywhere, to place their bets.

“Innovative start-ups with savvy technology capable of further development are now present in many sectors.

“Prospective customers will want assurances around long-term access to capital and risk management expertise, especially in regulated markets, before fully committing to new ventures and adapting their own processes. “As part of the Barbon Group, alongside our HomeLet brand, Movem now has that long-term security.” 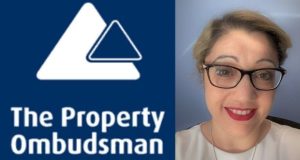 New deputy for The Property Ombudsman