Nearly derelict house that has been taken over by birds but was home to a local woman in Ilfracombe is to be sold for £45,000.

An unusual house for sale that has been the home of an eccentric woman and flocks of pigeons and seagulls for many years has gone viral on the internet.

Estate agent Webbers is offering the house for sale at just £45,000. It’s a four-bedroom terraced property that has been the home of a local woman for decades but has been slowly taken over by the birds as the house has fallen apart.

No.1 Coburb Villas is being offered by the agency at auction on 5th April and despite its staggering state of decay and disrepair, Webbers has made the best of its features.

In the property description it says: “In need of complete renovation and rebuilding but offers excellent scope and potential”.

Estate agency boss Lee Hussell (left) says the house was lived in until last year by a woman who has since moved into rented accommodation.

Several windows are missing, as are the stairs to the first floor, while many floors are feet-thick in bird droppings and much of the site is structurally unsafe. 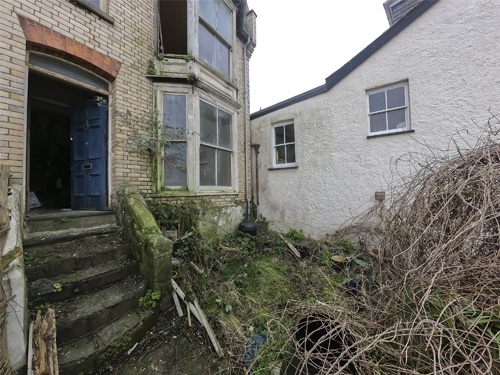 The site is too dangerous for viewings and instead potential bidders at the auction are being directed to a video tour of the property provided by Panoptic Motion.

The previous inhabitant of the property appears to have retreated to live in the lounge before moving out, although her unusual living conditions have attracted national and international attention.

“So far, thousands of people have seen the property online so I’m hopeful for a fair bit of interest when it comes to auction.”