Sign in or Sign up
The essential site for residential agents
Home » News » Land for the many, a political plan too far? A poor reception for Jeremy Corbyn’s latest report
previous next
Regulation & Law

Land for the many, a political plan too far? A poor reception for Jeremy Corbyn’s latest report

Few in the property business would applaud his slogan taken from ‘The Masque of Anarchy’ written 200 years ago. 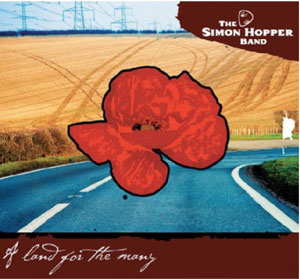 There’s little that’s new in politics, the latest Labour mantra “A land for the many” is no exception. Just last year, the Scottish Land Commission published a discussion paper by Peter Peacock, with keywords being: land; ownership; diversity; policy; reform.

It mentioned a government speech by the First Minister, Nicola Sturgeon, in 2014, in which she said, “Scotland’s land must be an asset that benefits the many, not the few.”

“Land for the many, not the few” was also the title of an album by The Simon Hopper Band, back in 2007. A review on Amazon said: “A land for the many’, the title track is a wonderful piece of classic political folk, highlighting the hypocrisy of English racism. Political ideas and messages are rife in this album, sometimes clearly in view, sometimes hidden away.” The album cover, pictured, depicts fields of barley with a red poppy.

However, as The Morning Star reported, the phrase was hijacked by the Labour Party as a slogan in 2015, noting that, “The origins of the phrase go back at least two centuries to the poet Percy Bysshe Shelley’s The Masque of Anarchy, written in 1819 following the Peterloo Massacre on August 16th, when mounted cavalry with drawn sabres charged a demonstration of some 80,000 people in St Peter’s Field, Manchester, who had gathered to demand the vote. Eighteen people were killed and some 700 were injured.”

We can only hope that the lively party members don’t organise a revival.

Readers of The Negotiator said, “We are not in a communist regime or Utopia, why do the Labour party continue to come out with these hare-brained ideas?” and “This is indeed a vote winner for anyone that hasn’t worked for a living or earned money for their families.”

Jeremy Leaf, owner of a London estate agency, said Mr Corbyn’s proposed plans could not only “spoil” the housing market but also negatively affect middle-income households. He told Express.co.uk: “The potential issue is for ordinary households that may be less likely to move as a result [of the tax change].

“It may force people to consider moving at a time in their lives when it is not practical, especially for the elderly.”

Alex Brummer wrote in The Daily Mail, “It is a move straight out of the Marxist playbook, a tactic regularly deployed by autocrats the world over with the aim of burnishing their revolutionary credentials – with dramatic consequences…”

“For modern day examples, look no farther than Zimbabwe and Venezuela, where the confiscation of large swathes of property from the landowners to be gifted directly to workers led to collapsing food production, economic slump, and was a factor in the hyper-inflation and widespread poverty that followed.”

Inevitably there was strong censure of the latest Labour outburst. “This is confirmation that Labour would bring the policies of Venezuela to Britain,” Tory MP Priti Patel told the Daily Mail.

Housing Secretary James Brokenshire described the ideas as a “tax bombshell”, “These proposals are extraordinary and deeply damaging in equal measure. Labour will stop at nothing to hammer families with more tax and make home ownership a pipe dream for future generations.