Buyer of house with serious structural problems tells The Negotiator he was surprised to get through directly to hybrid agency's co-founder.

A disgruntled home buyer who purchased a property through Purplebricks that turned out to feature serious structural problems has managed, unusually, to get through and talk directly to its global sales director and co-founder, Kenny Bruce.

Michael Leonard has told The Negotiator that he contacted the hybrid estate agency after purchasing a house in Holyhead on the Isle of Anglesey last year, only to discover when he moved in during December that the ‘immaculately presented’ and ‘tastefully updated’ property had serious defects.

“As soon as we moved in there was one problem followed by another and then it became clear that the house could collapse at any moment,” he says. 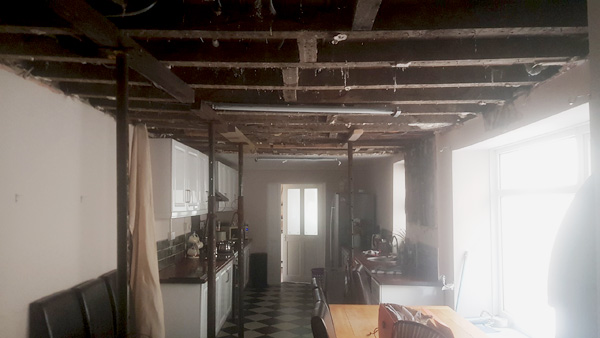 Mr Leonard feels he and his wife, daughter and disabled son have been let down by all those involved in the transaction including Purplebricks and the surveyor who completed a mortgage valuation on the property, none of whom spotted the property’s problems.

He also claims that Bruce told him on the phone that the worst the hybrid agency could face over the case was a ‘£100 fine’ from TPO, although Bruce did not specify what the fine would be for. TPO’s guidance to agents states that listings must be ‘legal, decent, honest and truthful’.

The Purplebricks director later followed up the phone call with an email sent via the company’s Head of Customer Services, Melanie Smith.

In it she says: “In  respect of obligations of estate agents, we are not required to test services, check the level of floors or ensure that a property is in any particular condition.

“We wouldn’t seek to check how well or to what standard any improvement works were undertaken. Our description of the property was ‘immaculately presented’ and ‘tastefully updated’ and I do not believe either of those statements are misleading.”