CEO Eric Eckardt yesterday spoke about several contentious subjects within the US echoed here in the UK including fee structures, anti-competitive activity and service models.

Purplebricks USA says its appearance yesterday at a Federal Trade Commission and Department of Justice workshop in Washington DC was in part to help the country’s legislators prevent traditional agents discriminating against online competitors.

In the past the Department of Justice (DoJ) has been forced to intervene in the US industry and prevent ‘anti-competitive’ practices involving online/digital agents.

This is in stark contrast to the UK, where the main portals have from the outset enabled online-only agents to list on their platforms.

This has been despite agents being unhappy that some online operators have walked a thin line between being an agent and offering vendors and landlords direct access to the portals.

In 2008 the DoJ sued the National Association of Realtors – the NAEA’s counterpart in the US – for blocking internet brokers, as online agents are called there, from the country’s property portals.

This in theory freed up internet brokers to offer a pared-down, low-fee service via the same portals as traditional agents, and ultimately paved the way for Purplebricks to launch in America, but anti-competitive activities persist, according to commission-free property firm Trelora.

During the workshop its CEO Joshua Hunt (pictured) said his company had endured “bricks thrown through car windows, cars egged and hate mail sent to sellers” and that in some areas brokers simply refused to deal with properties listed online by Trelora.

“The workshop is in no way an investigation into, or scrutiny of, the Purplebricks business model as reported by some – quite the contrary – we welcome it,” says a Purplebricks spokesperson.

“For Purplebricks it is a great opportunity to deepen relationships with Government, input into policy going forward and to educate the market on the Purplebricks model.”

“The purposes of the workshop were indeed for the FTC and DOJ to develop its thinking on creating competition in the real estate market.”
Purplebricks’ CEO in the US Eric Eckardt spoke during his workshop appearance about ‘real estate fee and service models’, saying that: “We are based on transparency and [provide] a cost-effective solution.

“Consumers know what they’re paying for – a flat fee of $3600. A buy-side commission that they’re walked through based on the price and market dynamics of the area.” 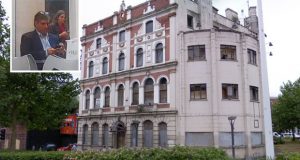 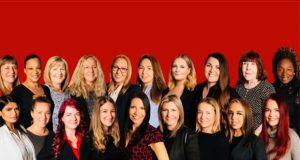