Research from Mashroom has uncovered that the gender pay gap means women struggle more than men when renting and buying property. 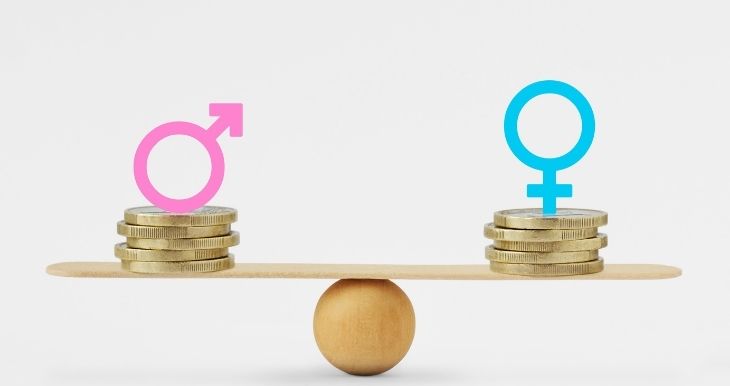 According to data from Statista, the gender pay gap is still in full force and as of 2021 the difference between average hourly earnings for men and women in the United Kingdom was 15.4 per cent.

To uncover whether the gap extended to men and women’s capability to buy and rent property, lettings platform, Mashroom, conducted a further survey of 2,000 adults across the UK, questioning them on all things property related.

The research revealed that 17 per cent of women strongly believe that they have struggled to rent or buy a property, compared to 13 per cent of men.

Data via the Women’s Budget Group has shown that the average rent across England takes 43% of the average women’s earnings and 28% of the average man’s. This essentially means there isn’t a single region in England that is affordable for a woman on an average salary to rent alone today.

In terms of buying property, other research from Online Mortgage Advisor reported that there are 10 per cent more properties available to buy within a man’s budget compared to a woman’s.

It was also discovered that although women are paid less, they spend the most on everyday essentials.

The average price for a haircut for a woman is £31.99, however it is £12.17 on average for men. Moreover, the average price a woman pays for sanitary products in her lifetime is £5,000, men do not have this financial outlay.

Mashroom’s COO, Naveen Jaspal, said: “It was eye opening, comparing men and women’s property buying experiences and whether the pay gap extends to the property market and from looking at the results, it clearly does.

“It was shocking to find out that women believe they could only borrow £194,000.50 for their mortgage, whereas men say they think they can borrow £285,983, It’s a major difference.

“We hope that our findings can draw attention to the issues that women face when buying a property compared to men.”

In the property sector, gender pay gap reporting has also revealed disparities between the salaries of men and women.