If you think the property business can be tough in the UK, try opening a branch in Kabul. Nigel Lewis meets the man who did just that. 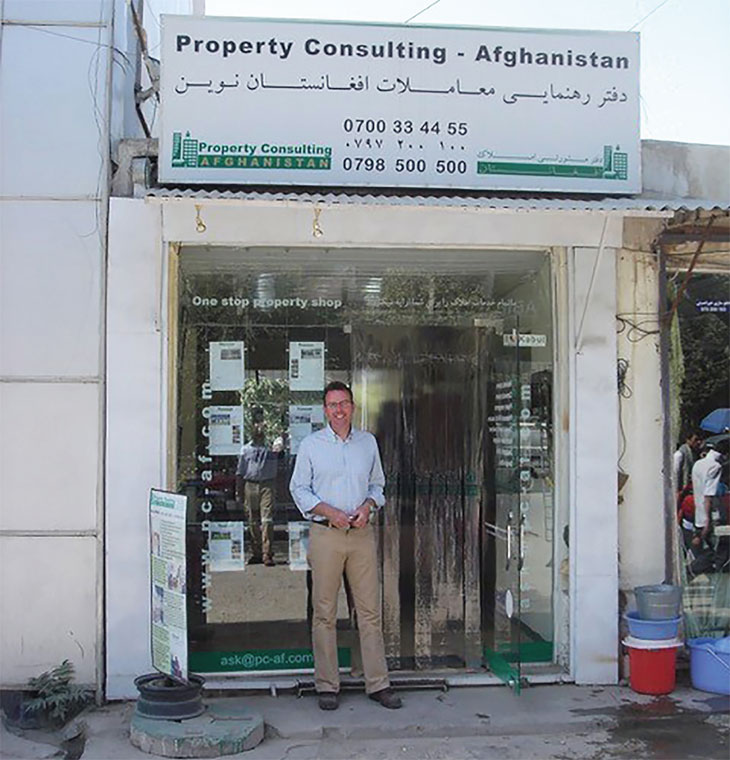 Browse the pictures of homes marketed by British estate agent Richard Scarth in Afghanistan a few years ago and you get a flavour of the unusual business the former Royal Naval reservist set up in the war-torn country.

Among the glamorous pictures are several homes with what appear to be shell holes, while several others feature armed guards stationed outside them, terrifying features that house hunters in the Afghan capital Kabul clearly didn’t care about.

But these pictures are all that’s left of the business that Scarth ran back in the late noughties in the city and beyond.

Before that he had left a relatively ordinary job working in the property department of London’s GLC but, after being called up to serve in Iraq and deciding to stay in the region, ended up establishing one of the world’s more unusual estate agencies.

Scarth decided to use his property experience in the region to start a business in Kabul after getting a job with the US embassy there working on disarmament for two years. “After that finished, I thought why not combine my property skills with my on-the-ground Afghan experience,” he says.

And so, along with an Afghan colleague, in 2006 he established Property Consulting Afghanistan based in a traditional high street branch in Kabul – a first for the nation. Back then the ousting of the Taliban by the US invasion in 2001 was becoming a distant memory and the billions poured into the country by the US, British and other nations had brought enough stability for a nascent property market to emerge.

Scarth’s sales and lettings agency specialised initially in renting out and selling the city’s larger upmarket villas to organisations looking to set up in Kabul during the post-Taliban era, as well as commercial work too. This was its bread-and- butter but the agency also operated as a consultancy working on property deals across Afghanistan on behalf of both foreign and Afghan investors, as well as nations looking to establish embassies.

This included work on the deal to bag a plot for a foreign nation in Kabul, which required Scarth ‘assembling’ dozens of plots of land and then negotiating their purchase in order to form a plot big enough to build the embassy on.

And on another occasion he was tasked with completing an Ordnance Survey-style mapping of a far-flung and remote area, which included building huge white crosses out of cement so that aircraft above could map the local area accurately. Overall the business expanded to serve a wide range of different local and international investors and developers keen to do property deals in many of the country’s other key cities.

“We would deal with businessmen who you would class as ‘warlords’ and who, I suspected, would kill you at a drop of a hat if you crossed them,” he says.

“But,” continues Richard cheerily, “if you helped them make money, then they paid their bills on time and were great to deal with – unlike one embassy who we had to chase through the courts back in their home country to get our fee.” 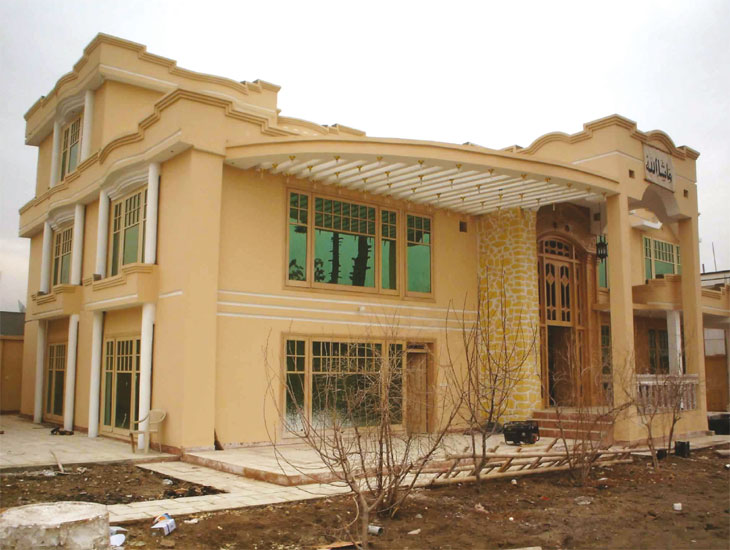 “Afghanistan had its clear differences from say the UK property market, but it also had many similarities,” states Richard.

“People need to know the value of their property and be reassured that it has a proper title and also want to see it increase in value. And it was the same in Kabul and beyond. 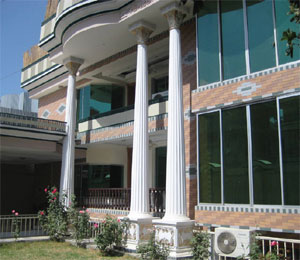 “It’s the same principles where you are, but you just have to understand the lay of land locally to work out how you navigate to your objective and that included having to deal with two local languages, Dari and Pashto,” he concludes.

Scarth says he brought the structure of a UK-style agency to the game, including basic things like inventories but also a shop window and display and property details that included measurements, while his local partner brought language skills and local knowledge. 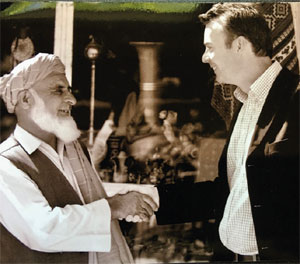 “Together we delivered as a team to our clients, who were either local Afghan property owners or the foreigners who needed to rent houses and set up offices, but we worked for anyone really.”

Scarth moved to Dubai in 2008 and began commuting between the two cities, leaving the day-to-day sales and lettings to the local team while he would come in to do the development consultancy work.

But it has been a while since his agency did any property deals.

Scarth’s former Afghan business partner is now working in the US in property development while Scarth is working for the Mayor of Washington.

Speaking to him via Zoom from his desk in DC he sounds worried about the clutch of Afghans his business employed – those who are still there now that the Taliban are back in charge. He is also clearly upset that so much time and money, time and effort by both people like him and Afghans to improve the country has now been thrown away now that the West has pulled out of Afghanistan.

“It is so sad to see all the work to make Afghanistan a better place lost,” Richard laments. “But once the US lost interest in the country, the increasing grip of bribery began to see things go awry and it’s also why the Taliban were able to overrun the cities so fast – nothing worked properly any longer – and it also made running a property firm difficult because profits became difficult to make,” he adds.

He is also sad in particular about one project he later worked with Michael Castle-Miller of US-based economic consultancy Square Space. The pair were paid to look at establishing industrial estates in Afghanistan which, it was hoped, would help create a more solid economy. But the way that senior jobs within the country were often given to people with little experience meant this project never got off the ground.

Once the US lost interest, the increasing grip of bribery began to see things go awry.

“The guy who was put in charge of implementing the proposals to create industrial estates had no experience of property or economic development and had got the job because of someone he knew or was related to, so it never left the drawing board,” says Scarth.

But for Scarth at least it’s not been in vain. His experiences in the country were used to inspire a TV pilot show for a US channel, although it didn’t go on to be made into a series, unfortunately. “Our pilot has stood the test of time and history has shown that we captured today’s issues all those years ago.”