A property in London entirely engulfed by ivy for at least eight years has been sold at a Savills auction for £100,000 over its asking price.

Lot 14 of the Savills sale, which was offered at a guide price of £450,000, was described in the catalogue somewhat tongue-in-cheek as being “in need of complete renovation”.

The auction took place on Tuesday last week at the Marriott Hotel in central London and despite its green problems, prompted a bidding war between three buyers. Savills says a ‘professional buyer’ won the bidding.

The three-bedroom property at No.2 Ruthin Road in Blackheath is known locally as The Tree House and has been smothered in ivy, small trees and other vegetation since at least 2009.

It has also been sold as a vacant possession, although local reports say there was someone living there until relatively recently.

On the day of the auction (pictured, left) there was mild hilarity at the sale when, says Savills, auctioneer Chris Coleman Smith told the 350 people within the room that “underneath all that, there is a house” before bidding began.

The high final price, and £200,000 that Savills estimates will be needed to make the property habitable again, mean profits for the investor may be slim in the short term. Zoopla figures for the road show an average price for three-bedroom houses on Ruthin Road of £716,667. 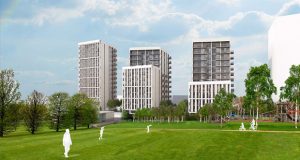 Are the portals past it? UK’s largest landlord signs up to list properties on lettings app 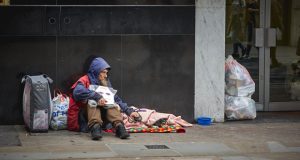 After years of property industry efforts for homeless, Boris chips in with EXTRA £236m 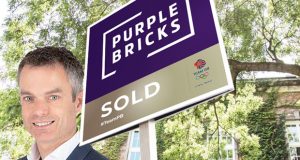