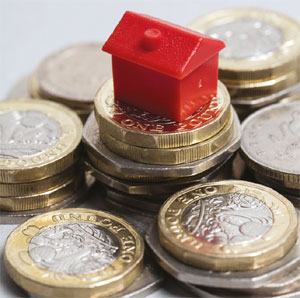 The 2020 HomeOwners Survey polled by YouGov revealed how homeowners and renters were struggling – financially and mentally – to cope with lockdown. Now, the HomeOwners Alliance (HA) has called on Government to ensure that the housing market is one of the first sectors to be re-started, once it is safe to do so.

They say that the human impact and multiplier effect of getting the housing market going is clear: people can move for jobs, for family or downsize. Mortgage lenders will feel confident in lending to first time buyers with smaller deposits. Different jobs can be revived, from builders, conveyancers, estate agents, surveyors, removals, architects, home improvement firms and more, all feeling the benefits.

By abolishing stamp duty the market would then find its natural equilibrium. People could move when they want to, transactions would increase.

It would be naive to think that lifting restrictions is all it would take to get people moving. The housing market is driven by confidence. That is why we are calling for at least a twelve-month stamp duty holiday. This would incentivise families who can afford to move to do so, kick-starting the housing market and related sectors.

The HA’s 2013 Stamping on Aspiration report called for a series of reforms. Since then, Government has:

To pay for this, stamp duty has been hiked up – a 10-12 per cent tax on homes over £925k has halted the property market in London and the South East.

Where are we are

We now have a system that is a major obstacle to getting the housing market functioning properly, stopping people from moving – a tax that puts off families from moving up and more expensive for the elderly to downsize. The tax is applied every time a property is bought and sold.

The HA supports the three per cent surcharge on buy-to-let and second homes. This should continue to be a flat rate on the whole purchase price. Those buying a home to live in should be treated differently to those looking to make money out of property or buying a second home.

Government has toyed with putting stamp duty onto the seller – not the buyer, but this would be a major change that could clog up the market even more.

For downsizers, the stamp duty would be a bigger barrier.

Time for a stamp duty overhaul

Cutting the top rate might result in a short-term flurry of activity, but the money is going to the taxman. This measure will be forgotten as people need to look at the total cost of the purchase – selling an £1.8million property you pay £24,000 on the last £200,000, compared to £14,000 if the rate was be reduced to seven per cent.

Stamp duty is stifling the market. A reduction in stamp duty would boost for the economy. Ludgrove, a buying agency, calculates a 36 per cent reduction in all stamp duty rates could mean a 40 per cent rise in residential transactions in England alone per year.

That would generate an extra £1.44 billion in tax revenue and £8.36 billion in business revenue.

Time to be bold

The government should abolish stamp duty for those buying a home to live in. It’s a tax on transactions and so results in fewer of them, dampening the housing market and means that people don’t move even when they would like to.

By abolishing stamp duty the market would find its natural equilibrium. People could move when they want to, transactions would increase. With more chance to move up the market it would be easier for first-time buyers.

It will help older people wanting to downsize and free up capital, but haven’t as they have to pay stamp duty on a new purchase.

This would result in a massive decrease in tax revenue for the government but perhaps not as much as more people would move, generating demand for home improvements and property services, including removals, estate agents, conveyancing solicitors, etc. Lost revenues could be recouped with a corresponding increase in other property taxes that are more efficient – the rejigging of council tax could be a good place to start.