An estate agent from St Helens has been jailed for four-and-a-half years after carrying out fraud offences and perverting the course of justice. 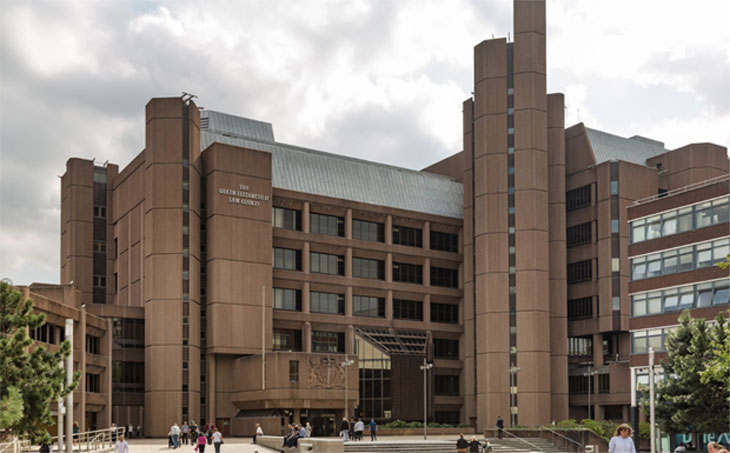 Richard Charles Hall (45), an estate agent from from Ecclestone, St Helens, Lancashire, has been jailed for four-and-a-half years after carrying out fraud offences and perverting the course of justice.

He was found guilty of seven offences and was sentenced on Monday 14th January at Liverpool Crown Court following a joint investigation between the Insolvency Service and Merseyside Police.

Across two trials, in October and December 2018, the court heard that Richard Hall traded as an estate agent through the company Brooklands Sales and Lettings Limited, where he defrauded several people to the value of more than £40,000 through his business dealings. He also dishonestly sold Brooklands Sales & Lettings Ltd in May 2014, claiming he owned the full company, despite having received investment from a third party. Furthermore, said the Insolvency Service, he sold the business just two months before he was made bankrupt for a second time.

Richard Hall had first been made bankrupt in 2012, with the restrictions lifted in 2013. But when he was made bankrupt for a second time in July 2014, he attempted to undermine the Official Receiver’s investigations into his affairs. He concealed a bank account from the Official Receiver and his shares in Brooklands and once investigators found the account, they discovered Richard Hall was operating a sole trader company called Brooklands Sales alongside the company he had sold unbeknownst to the new owners of Brooklands.

He then continued to thwart the Official Receiver’s investigations into his bankruptcy. He told investigators that he never held shares in Brooklands, even though his name was on the public Companies House register. And at court, he produced banking material intending to convince the Court that he had paid back monies for the sale of Brooklands.

His Honour Judge Watson QC commented that there should be a high degree of trust and integrity in estate agents but that in this case, Hall had lied and exploited others, while abusing his position of trust and responsibility. The Judge added that Hall deliberately withheld important information form the Insolvency Service by concealing property then deliberately tried to pervert the course of justice

Prior to his sentence, Richard Hall had received a suspended prison sentence in 2013 for possessing an offensive weapon in a public place and in 2015 he was also convicted of a battery offence. John Fitzsimmons, Chief Investigator of Criminal Investigations for the Insolvency Service, said, “Richard Hall’s behaviour has been deceitful and calculating throughout, whether that was defrauding landlords or undermining the Official Receiver from doing their job. This has been an extensive investigation covering many areas of criminality and we welcome the sentence handed down by the courts, which we hope serves as a warning to those who think they can renege on their responsibilities toward the Insolvency Service when bankrupt.”

Detective Inspector Steve Ball, Merseyside Police, said, “We are pleased that Richard Hall has been sentenced and hope it brings some comfort to the victims of his crimes that he is now behind bars. Hall played on peoples trust, defrauding them of large sums of money and exploiting them for his own financial gain. This sentencing brings to an end an extensive investigation carried out together with the Insolvency service and I hope it reminds the public that we will always act on information about fraud to bring offenders to justice. “Victims may sometimes feel embarrassed about coming forward but I want to reassure people that we will treat any allegations with sensitivity and compassion, through specialist officers and alongside our partners. If you have, or are being subjected to fraud, or feel like you, or someone you care for, is being scammed, please get in touch.”

The first trial took place at Liverpool Crown Court on 9 October 2018 in connection with the landlord frauds. Richard Hall was found guilty of three fraud offences. The second trial, also at Liverpool Crown Court, followed on 10 December 2018 and was held in connection with a further fraud offence, two counts of obstructing the Official Receiver by perjury and doing an act with intent to pervert the course of justice.