JLL has seen a 25% increase in tenants letting with pets in the last five years and, they say, these tenants are likely to see rents increase once the Tenant Fees Act comes in, due to the five-week deposit cap.

Lucy Morton, Head of Residential Agency at JLL, said, “We have seen an increase in people letting with pets for several reasons; a rise in dog and cat ownership, the UK’s relaxed quarantine laws which came into effect in 2012, and the fact that tenants are renting for longer.

“They want to make their house a home and this means bringing their pet. Landlords who allow tenants to keep pets usually charge a slightly higher deposit to cover any damage or additional cleaning should it be required. 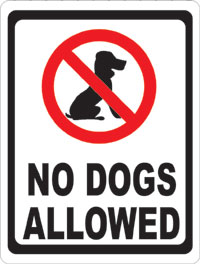 “With the five-week deposit cap, landlords may be deterred from letting to tenants with pets or forced to charge higher rents to cover any potential losses. The increase would depend on the rental value, but we anticipate approximately an additional 3-4% per week. For example, a rent of £700.00 per week would potentially rise to £725.00 per week to make up for the shortfall.”

The well know pet champion, Jeremy Corbyn said last year that: “New plans unveiled by the Labour Party suggest that renters could be given the right to keep pets in their rental property”.

Currently, under the Consumer Rights Act (2015) landlords can only refuse for pets to be kept in their property based on reasonable evidence. This would include refusal on the grounds of the animal’s size, the amount of damage it could cause in the property and its impact on the future prospect of re-letting the property.

The Labour Party, therefore, proposed that to refuse to let a property to a tenant with a pet there would need to be evidence that the animal was a nuisance.

In response, Richard Lambert, CEO at the National Landlords Association (NLA) said, “You can’t take a blanket approach to keeping or refusing pets. The NLA has consistently supported schemes that encourage landlords to take on pet owners, such as the Dog’s Trust’s ‘Lets With Pets’, but landlords should have a right to refuse permission so long as they justify their decision.”