The Chancellor has ditched a requirement for new build homes to be zero carbon by 2016. 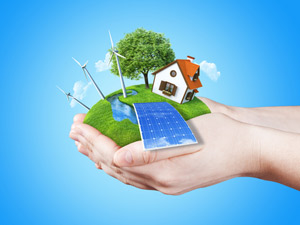 The Government will no longer be introducing requirements for zero carbon homes in 2016 and zero carbon non-domestic buildings in 2019, the Treasury announced last week, as part of plans to boost UK productivity, including the supply of new build homes being delivered.

The zero carbon homes policy was first announced in 2006 by the then Chancellor, Gordon Brown, making Britain was the first country to make such a commitment. The move would have ensured that all new residential properties from next year would generate as much energy on-site – through renewable sources, such as wind or solar power – as they would use in heating, hot water, lighting and ventilation.

The Government’s decision to scrap plans to make all new UK homes carbon neutral has been welcomed by the Home Builders Federation (HBF).

“Maintaining the current energy efficiency requirements for new homes is a sensible move by Government,” said Stewart Baseley (left), Executive Chairman of the HBF. “The UK is already building some of the most energy efficient homes in the world under the current, already exacting standards, that have been developed with the full support of the industry and considerable progress is being made to deliver ever higher standards in efficiency.”

Baselely said that the ‘Allowable Solutions’ approach that had been previously favoured would have imposed significant additional costs with no obvious enhancement in the energy efficiency of housing stock. However, he instead that the house building industry will continue to build on the significant progress that has already been made and continue to explore new technologies so that it can remain “at the forefront of energy efficiency in the future.

He added, “Buyers of new homes increasingly consider the fabric efficiency of the house or flat when making their decision as to whether or not to purchase. House builders are well aware of this fact and are striving to provide what their customers want.”

But in spite of Mr Baseley’s optimism for the move, various green groups, planners and indeed property developers have condemned the Government for failing to support the plans for tighter energy efficiency standards.

Julie Hirigoyen, Chief Executive of the UK Green Building Council, said, “Let us be in no doubt this announcement is the death knell for zero carbon homes. It is shortsighted, unnecessary, retrograde and damaging to the house building industry which has invested heavily in delivering energy efficient homes. Britain needs more housing but there is no justification for building homes with a permanent legacy of high energy bills.”

“The Government has not consulted the house building industry sufficiently on this sudden announcement. This arbitrary and regressive action was not mandated by the Conservative Party manifesto.”

The Chancellor reportedly wanted the requirement for new homes to be zero carbon by 2016 axed because he said it would prove too expensive.

But Cardiff University last week said that it had built a house that exports more power to the grid than it consumes at a cost that fell within the normal budget for social housing.