Sign in or Sign up
The essential site for residential agents
Home » Features » 2018? Great! 2019? Even better!
previous next
Marketing

2018’s been an eventful time for social media with even more features and fun quirks released this year. Tara Dulake reviews the highlights and new feature additions of some of the key social media platforms. 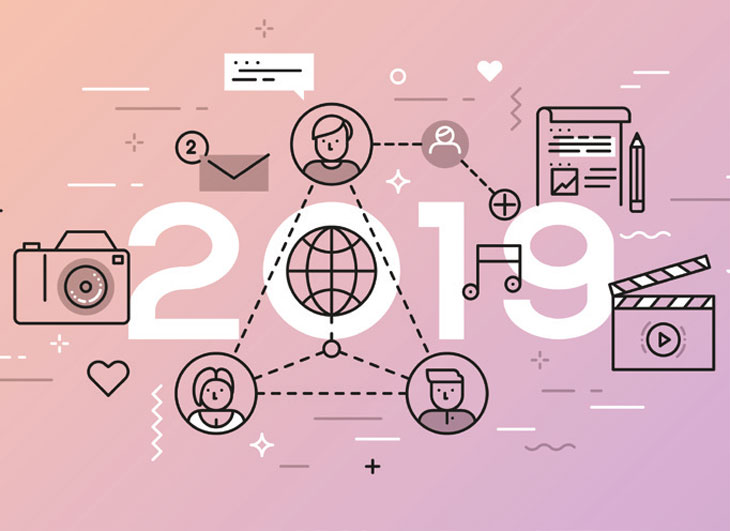 The timeline: Twitter announced that they would bring back and allow users to view their timelines in a chronological order. It means that if you choose, you can fully opt out of “curated” timelines, in which “top-ranked” tweets are shown first and instead, view them in a date/time posted order.

Live video first: Twitter has copied the likes of Facebook to prioritise Live Video on your feed. Twitter is now also displaying live streams at the top of your timeline. Another reason to start using video maybe?

In the battle to stop fake news, spam and unruly bots, Twitter has some new rules… read on!

Twitter tightens up their rules: In the battle to counter spam, fake news, deficit accounts and unruly bots, Twitter introduced some new rules; which are intended to improve its users’ experience.

Typically, your Twitter activity will not violate these rules. However, if your business operates in several locations across the UK, you may have several accounts that represent the particular divisions you cover. In this case, you can no longer tweet the same content on all of your accounts. Instead, they suggest retweeting the content from a sole account. So, avoid tweeting similar posts within days of each other and write unique content for posts.

Nametags: A new “nametags” feature was introduced utilising the same principle as the QR code. The feature allows users to create a personalised “nametag” that can be scanned by other users in the Instagram app which prompts you to follow the user. The idea was to make it quicker for users to connect with each other. To help grow your following on Instagram, not only can these nametags be used on Instagram, but they can also be added to other marketing collateral across your business.

Instagram Video: Instagram video had an update, now, instead of just uploading a video that is up to a minute long, you can upload a video that’s any length up to an hour, allowing brands to share more campaigns, events, tutorials and video.

Algorithm update: One of the biggest social media updates to hit in January, was when Facebook announced that they would be changing their algorithm to further prioritise content from your friends and family, rather than brands. It has therefore changed how much brands are seen by Facebook audiences and therefore had an effect on the amount of advertising a brand might do instead to reach their audiences.

Facebook Marketplace: In September, Facebook entered the UK property market in collaboration with Zoopla and OnTheMarket. The social platform unleashed their property listing feature on the already popular, Marketplace; which hosts 800 million buyers and sellers each month. Although the recent venture solely suits the rental property market, with a positive reception from users and the UK estate agents, there could be an opportunity for alternative models; including purchase, lease and shared ownership.

Facebook Videos update: To encourage community engagement, brands can now use polls on both live and regular video. It’s more likely that interactive video content will be prioritised by Facebook’s algorithm in the future.

The Summary: LinkedIn now only displays the first 300 characters of your summary section.

LinkedIn goes all-in on video: In April, LinkedIn introduced video ads, enabling users to bring to life their campaigns. They also allowed native video on company pages, meaning that you can post video direct to your page’s feed.

So, what do these updates tell us about what to include within our strategy? Mostly that video and interactive media is here to stay and you should certainly be including it within your content strategy for 2019.