Sign in or Sign up
The essential site for residential agents
Home » News » 600,000 homeowners to use pensions to pay off mortgage
previous next
Products & Services

600,000 homeowners to use pensions to pay off mortgage

Pension savers have been withdrawing £27 million a day since the pension freedoms were introduced in April. 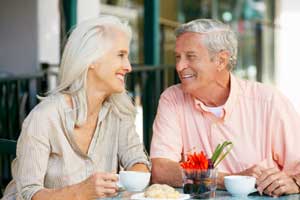 Over half a million people in the UK intend to use their retirement savings to pay off their mortgage by using either the tax-free 25 per cent lump sum or the entire pension pot, according to specialist insurer Partnership.

Andrew Megson, of Partnership, said that it was concerning that so many people are relying on their pension to pay off their home loan.

He commented, “Using their pension may well seem like an option but it is not the only option as working longer, downsizing or considering a lifetime mortgage may be more appropriate.”

“Ideally, pension savings should be used to provide an income in retirement, and with the state pension only providing a very basic safety net, making this choice could lead to hardship in later life,” Megson added.

According to ABI data, payments worth £2.5 billion were made to customers from pension pots in April to June, while a further £2.3 billion was put into buying almost 37,500 regular income products, either pension annuities or income drawdown products, during the same period.

“These figures are a testament to how well pension providers have adapted to the radical new approach to pensions which came into force on 6 April,” she said. “They also show the popularity of the reforms.”

A separate poll by Prudential found that around 37 per cent of homeowners aged over 55 intend to acquire at least one more property, thanks in part to the new pension rules, with 14 per cent saying their plans were a result of the pension freedoms. This would represent approximately 3 million deals worth in the region of £775 billion at current market prices.

The most popular reason for planning a purchase was to downsize, with 43 per cent saying they wanted a smaller proper to live in, rather than invest in buy-to-let property.

“There was a lot of speculation that the pension freedoms would spark a rush of over-55s investing in buy-to-let property as a means of generating income in retirement. However, our research suggests that this hasn’t yet been the case, said Stan Russell, Senior Business Development Manager at Prudential.