How proptech is changing estate agency

What will the future of estate agency look like – and how much has Covid accelerated change? Richard Reed talks to James Dearsley, co-founder of proptech hub, Unissu. 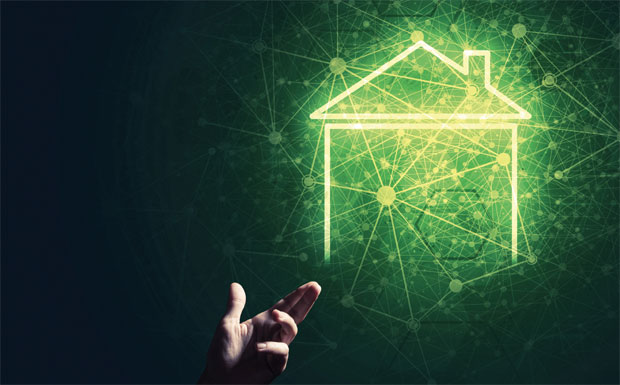 The existing model of estate agency in the UK is “fundamentally flawed”, according to proptech expert and futurologist James Dearsley. In a wide-ranging interview for The Negotiator, he says agents were addicted to the “gateway drug” of property portals and added, “Unless they change, the model is going to slowly die out.”

Dearsley sees a new model emerging that is focused much more on customer service, offering a door-to-door package rather than just being a key-holding and viewing service. He believes that model will be much closer to the US and Australian model of real estate brokers, with self-employed agents working for a licensed broker.

“The whole model of what that future broker will look like is probably very different,” he says. “What I think needs to happen is a more well-rounded service, it’s not just around the buying of the house, there needs to be a lot more hand-holding to do before the transaction, and on the finance side of it.”

One new trend he sees growing is the ‘buy before you sell’ model – which, as well as providing instant sales, also avoids long, vulnerable conveyancing chains. Dearsley cites the US agent Opendoor as one example. The firm buys properties from vendors at market value, taking a commission out of the proceeds – though commission is substantially higher in America; Opendoor charges 5%, which is below the US average.

Another option for ‘buy before you sell’ is bridging finance, which has come a long way from the old days when it was regarded with suspicion, and interest rates are much more realistic.

“Can you help the buyers at the point of transaction – can you get in there before they put their house on the market?” he asks. “If you are going to justify the fees you are going to charge, you have to differentiate your offering from everybody else, and at the moment nobody is doing that.

“You’ve almost got to look at three or four key areas the future broker is going to have to be able to facilitate – it’s not just about the buying of the property it’s about almost everything that goes with that.”

Looking at how proptech has changed the industry over the past year, Dearsley says Covid has had a “transformational effect” that has probably accelerated change by a decade.

“Before Covid there was no real reason to change the way it has always been done,” he points out. “Covid forced this technological and innovative methodology – it had to come in, and some of it will stay.

“If you consider the definition of proptech – which is more about a mentality shift than a technical shift – Covid has taken us forward 10 years. It’s not just about the transactions now, it’s also about the service.

“Beforehand there was never going to be virtual viewings, ever. It just wasn’t ever going to happen. And they hugely accelerated for obvious reasons during Covid, and what is about to happen is a massive move back to physical viewings. But I don’t think virtual viewings will ever disappear because, for me, estate agency has always been fundamentally inefficient.”

Dearsley believes technology such as virtual viewings is increasing the efficiency and choice for both the agency and its customers. “Now, rather than only having physical viewings, you are able to facilitate virtual viewings to make the search more refined for your customer and save both you and the customer time to prioritise the properties they would like to see.”

He adds, “People think technology is disruptive. Quite often it is purely functional, and a classic example of that, particularly in conveyancing, is digital signatory – it’s been around for years but it’s only now it’s had that need within the sector, and it’s not going to go away.”

He predicts there will be many who will resist change. “We are still at the very, very early stages of change, and in a lot of cases change is often hindered by two core factors: the first is a sociological impact, which is that people don’t necessarily want to change – they are quite happy with the status quo, because the processes do work, they are perhaps just not as efficient and quick as they could be. It’s that classic case of, ‘If it ain’t broke, don’t fix it’.

“The second barrier is legislative. Technology is often forcing the issue of change when there are legislative barriers – I think that is particularly important when it comes to compliance and conveyancing issues.”

Dearsley admits not all technology-driven changes are necessarily a good thing. “There will always be opportunities [for new technology] – as legislation changes, as the market shifts – and it’s just coming back to the fundamental principle of what is your customer demanding and have you got a genuine problem you are trying to solve, or are you just trying to be a tech savvy agent for the sake of it.”

He concludes: “Digital transformation is never a quick thing, never an easy thing. You will get people who will force legislative change but it doesn’t instigate true change until the entire industry goes through that generational shift and either accepts change or is forced to because of something like Covid.”