Sign in or Sign up
The essential site for residential agents
Home » Features » Why I don’t think Airbnb rentals are legal, reliable or safe
previous next
Housing Market

Why I don’t think Airbnb rentals are legal, reliable or safe

Demand for short-term residential lettings is rising, particularly in city centres, says Jeremy Leaf, but what are the risks for landlords? 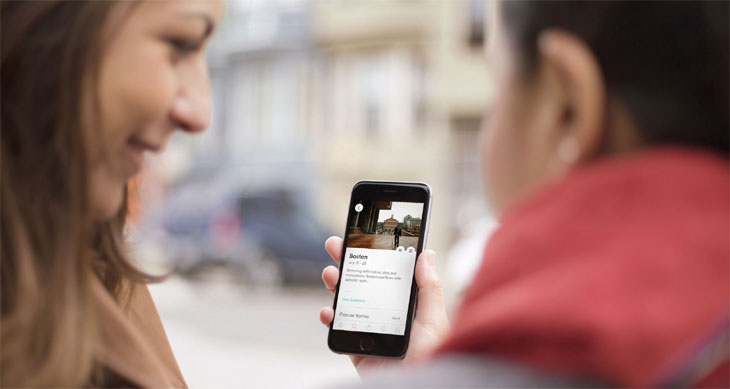 The government says that it wants to see more affordable accommodation made available, to reduce shortages and keep rents in check. That, though, doesn’t seem to be working at present!

However, the laws of supply and demand create evolving solutions to new problems – in this case, the evolution has arrived in the form of Airbnb and its copycats. But is it legal, reliable or safe?

Homeowners may now earn £1,000 tax free when renting a furnished room from April 2017 if the property is deemed to be their “only or main home.” This sum is in addition to the Rent-a-Room allowance (including bed and breakfast) which was raised for the first time in 18 years from £4,250 to £7,500 per annum from last April.

Short-term rentals in the UK were deregulated in 2015 and are now limited to 90 days each year if the accommodation provider is liable for council tax at the property.

Planning consent is otherwise required for a change of use to short stay letting and should be declared on self-assessment tax returns. Landlords do not have to serve a formal notice to terminate these shorter agreements nor are they likely to require a Court Order if seeking possession.

Airbnb is a US website which was set up in 2008 as an online service for homeowners to let spare rooms or whole properties for short periods. Incredibly, there are now around 110,000 UK listings on Airbnb.

London, which included 171 properties at the end of 2008, now dominates, with 49,200 or 45 per cent of the total at present, whereas Edinburgh is a distant second on 7,000. More than half the properties on Airbnb are entire homes, indicating that the website has moved from its original aim to become a service used by professional landlords.

61% of Airbnb listings in London were advertised for 90 days or more – effectively a long-term let. That could put landlords and their tenants at risk. Jeremy Leaf

Additional research by the Residential Landlords Association (RLA), found that about a third of all Airbnb listings are offered by owners with more than one property and that 61 per cent in London were advertised for 90 days or more. Such an arrangement effectively turns them into a long-term letting – and that could put not only landlords but tenants at more risk.

Airbnb.com says that up to 60,000 properties have been converted from long-term rental to shorter term ‘holiday’ lets on the website. These figures are hardly surprising when the RLA tells us that landlords receive an average of £139 per night on a flat or house in London through Airbnb or similar services, compared with £52 a night as a long term rental!

In May 2016, landlords in Berlin were banned from using Airbnb or similar websites to let complete houses or apartments, so maybe the same could happen here? The RLA says that if rules are not better enforced, fewer homes will be available, exacerbating the housing shortage and putting further upward pressure on rents.

Some council tenants are apparently even profiting from their already-subsidised rents by short term letting of their homes while they are on holiday!

Any claim by a tenant for housing benefit while a property is let to a third party, subletting or parting with possession of part or all of the property without the authority’s consent is punishable by up to two years imprisonment and/or an unlimited fine.

If the homeowner/landlord’s insurance is not checked prior to letting or sub-letting, the policy could be invalidated too. Some insurance companies and even Airbnb themselves are offering ‘host insurance’ where landlords can be reimbursed for damage as well as any injuries suffered but that should not be regarded as an alternative to home insurance.

Approximately 15 per cent of tenants are using Airbnb or similar websites to advertise rooms and/or sublet without their landlords’ knowledge or consent – a three-fold increase in the past 12 months, according to eviction specialists Landlord Action.

To reduce the risk of illegal subletting, landlords must ensure they receive the best possible references i.e. check tenants are who they say they are, can afford the rent and have honoured previous commitments. Excessive rubbish, increased mould or condensation as well as accelerated wear and tear in a property may be warning signs of illegal sub-letting for landlords and/or agents. The importance of carrying out regular inspections and using suitably experienced letting agents cannot be overstated.

The pitfalls for landlords are serious. Failure to seek lender consent for shortterm lets could result in a demand for higher loan charges, repayment of the principal sum, mortgage foreclosure and/or forfeiture as leases sometimes contain a covenant for borrowers to use the property as their sole or principal home.

Another problem has recently arisen, which could affect any one of the estimated four million leaseholders contemplating short-term letting. The country’s highest property court stated in September that owners renting homes on Airbnb or similar websites are breaking the law if the lease states their flats can only be used as a private residence – which is common.

The ruling applies if the owner lets the property for a few days a week, stays there for the rest of the week – even if paying council tax and other bills. This would not affect those renting out rooms while they stay in the property but it would affect the thousands who rent whole properties.

A leaseholder facing action from freeholders to enforce lease wording of this kind could be forced to pay legal costs as well as forfeit their lease!

Landlords are strongly recommended to take independent legal and professional advice before letting or subletting but certainly should include a clause in their letting contract which forbids subletting or sharing of their accommodation unless written consent is received.

Tenants could find themselves responsible for damage to a property irrespective of whether it is the result of their actions and/or under a secured, assured, assured shorthold tenancy or otherwise. NEW

Some though, would say that if you can’t beat them, join them and we are now also beginning to see new lettings, management and insurance services assisting homeowners and professional landlords wanting to do short lets – more competition for letting agents.

One is My Property Host, which says it handles every aspect of letting out a property on Airbnb. Crucially the service includes comprehensive insurance, giving owners peace of mind that any theft or damage to the property or furniture will be covered.

Managing Director Elena Lopez says, “Letting out your property through Airbnb is a quick and efficient way to make some short-term income.

“But most conventional home insurance policies won’t cover the property while it’s being let out – even if it’s just for one night. Airbnb’s Achilles heel is that it offers no proper insurance cover as part of its letting agreement, making insurance a worrying blindspot for hosts. 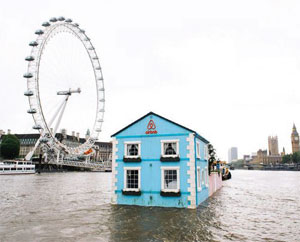 Airbnb floated quietly into the UK…

“My Property Host is a complete management service designed to make the whole Airbnb process effortless and worry-free. From advertising and insuring the property to taking bookings, vetting and greeting guests – and dealing with any issues – we take care of it all.

“Our service offers owners an easy and seamless way to earn an income from their property without committing to a long-term tenancy.”

My Property Host charges owners a flat rate of 19 per cent to manage the letting of their property through Airbnb.

Short-term property letting has proved very popular with tenants of all ages and potentially profitable for landlords if pitfalls are avoided.

The reduction of mortgage interest relief for buy-to-let landlords to the basic rate of tax, which is to be phased in from April next year, other taxation and legal obligations as well as uncertainties following the EU referendum could force rents even higher.

Indeed, current uncertainty in the sales market since the Brexit vote may encourage more short lets bearing in mind the increased time it is likely to take to sell, continuing demand for all types of rental property and the extra costs to comply with the various new rules and regulations.

Letting agents who find that their landlords are ‘converting’ to airbnb style lets need to be promoting the benefits of longer term lets and advising landlords that there’s certainly no substitute for advice from accredited letting agents with appropriate knowledge and experience to reduce the risk of avoiding possibly huge financial and other costs!