Essential Auction News (EIG) reports that the number of auction sales – and revenues – dropped this Spring. 111 auctions were held in April, 28 fewer than in April 2016, with lots offered and lots sold down by 9.5 per cent and 8.6 per cent respectively. Revenues fell by 11.3 per cent, from £242 million in April 2016 to £215 million in April 2017. David Sandeman, Managing Director, said that the decline in activity reflects what has been seen in the wider estate agency and lettings market, which, with the forthcoming General Election and the spectre of Brexit, may well continue. 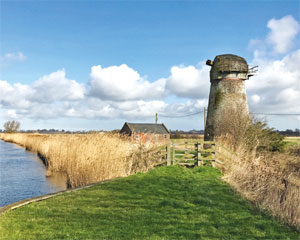 Clive Emson Auctioneers sold land and property worth £17 million at its May sale, with a 85 per cent sale rate after cataloguing 137 lots.

Managing Director James Emson said, “We have continued our strong start to the year with another impressive round of regional auctions and packed salerooms across the country.

“As ever, there has been something for everyone – with vendors achieving some stunning results and superb prices and purchasers often finding the property of their dreams or an unexpected delight.

“The demand for commercial properties continues apace and we are also seeing a growing trend for mixed-use buildings as investments.”

Highlights included a former windmill near Norwich, converted into a weekend retreat but retaining many original features, which was sold for £100,000. Clippesby Windmill, dating from before 1814, includes a balcony on its top floor. 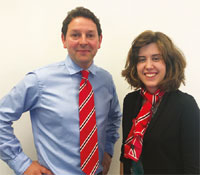 Providing the tradition and proven method of open house viewings, Auction House Cheshire will give buyers more time to look around over the five week marketing period before the lots are offered for sale under the hammer. With seven to nine larger combined auctions per year, Wright Marshall will host their Auction House Cheshire sales at The Macdonald Portal Golf Club in Tarporley.

The business is led by Mark Egerton, supported by Melissa Furber as Auction House Cheshire Assistant Manager and Co-ordinator.

Mark says, “We are delighted to have secured the Cheshire Auction House franchise. We have always been proficient in selling homes under the hammer, but this will enable us to operate a standalone auction branch, holding regular larger combined sales at a fixed venue – something we feel will be extremely beneficial to our clients.”

Together teams up with EIG to help auction buyers find bargains

Specialist lender Together has teamed up with Essential Information Group (EIG), the property auction search engine, to provide comprehensive information for auction buyers.

Auction buyers will be able to see all available properties, often before they appear in auction catalogues, via EIG’s portal which monitors virtually every auction house in the country, through new, dedicated auction finance pages on Together’s website.

Prospective bidders can enter the value of the property they are hoping to purchase and the amount they want to borrow, with tips and case studies that show how auction finance works.

Chris Baguley, Commercial Director for Together, said, “Buying at auction is different from the traditional property purchase process and our auction finance web pages help customers understand the whole process.

“We’re delighted to have formed an exclusive partnership with EIG to link their auction property search engine to our new pages, where customers will be able to search thousands of properties to find the one they want, then we can quickly get to work putting the funding in place.”

David Sandeman, Managing Director, EIG, said, “We are delighted to team up with Together, the facility on their new website will help auction buyers save time on searching through catalogues.

“They will be able to quickly find funding for their next auction property, with decisions available within hours so that they can bid with confidence.” 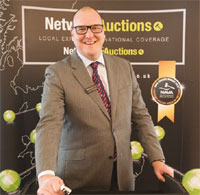 Network Auctions held its May auction at the Grosvenor House Hotel on Park Lane, with 45 lots of land, residential and commercial property gathered by member agents.

Auctioneer Guy Charrison sold lots from £12,000 for a piece of land in Colne in Lancashire to £1,025,000 for a mixed use commercial lot on the Seven Sisters Road in North London as sales reached over £5.4 million.

Toby Limbrick, Managing Director said, “With the General Election campaign and Brexit negotiations underway, one might imagine a degree of caution and uncertainty. Our auction showed that, with the wide exposure provided by Network Auctions a via our central and local network and prestigious London saleroom, excellent results are attained.

“Having added 19 new partner offices to our network already in 2017 we look forward to future catalogues having an even more diverse geographical and range of property types on offer.”

Network Auctions next London auction is on 5th July. 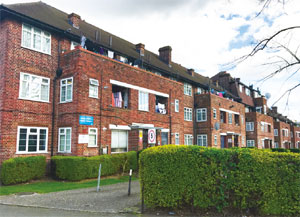 Another property which caught the imagination of buyers was a first floor studio flat in Clapton, which measured just ten square metres with one main room and a shower room. For investors it can command a rent of £800pcm – giving a yield of 8.5 per cent per year. It started with a guide price of £65,000 and the hammer finally coming down at £103,500.

Jay Howard from Auction House London said, “Auction sales are holding up well compared to a year ago, with the figures indicating that auction is the first property sector to re-establish itself back to the sales levels we saw before the EU referendum in 2016.” 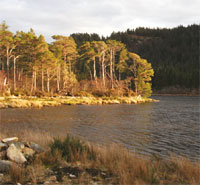 SVA Property Auctions, Scotland’s independent property auction company, sold 78 per cent of lots sold under the hammer at its May auction with a pleasing £1.96 million raised from 13 lots.

Regular clients Scottish Water, the Scottish Government and a portfolio of former bank branches accounted for 10 of the 13 lots sold under the hammer, continuing a programme of highly successful redundant property disposal initiatives.

For Scottish Water, their auction highlight was possibly the sale of Loch Lundie at Achnandarach. The former reservoir, just two miles south of Plockton, was sold for £50,000, considerably more than reservoir lots tend to secure. SVA director and auctioneer Shaun Vigers, said, “Loch Lundie is an exceptionally attractive loch and its also close to Plockton with its well known micro climate ensuring more than a usual amount of Scottish sunshine. With fishing rights attached to the loch, it is easy to see why this proved an appealing lot – both on paper and in the auction room.”

SVA Property Auction’s next auction is on 22nd June at the Edinburgh Marriott Hotel.

Of the total sales in March, 64 per cent were via online auctions, and 36 per cent were in the auction room. The majority of buyers were owner/occupier with 52 per cent purchasing for occupation, while 36 per cent purchased for buy-to-let, and 12 per cent to renovate and re-sell. 40 per cent were sold over reserve price. The highest was Wordsworth Avenue, a six-bedroom property in Cardiff, which sold for £342,500 – £117,500 over its starting price thanks to a highly competitive online auction which attracted 98 bids.

Jamie Cooke, Managing Director, said, “March was another busy month and it was particularly interesting to see the frenzy that Wordsworth Avenue created. Using the modern method of auction (online) helped to attract competition and create a bidding war.”

SDL Auctions has unveiled the next step in its progression into a national network.

SDL Bigwood, SDL Graham Penny and the auction operation of Humphreys of Chester have rebranded to SDL Auctions showing its growing presence as a national player, currently focusing on building a northwest market through regular auctions in Bolton and Chester, with other regions to follow. A national website gives clients instant access to all SDL Auctions’ events, across the UK.

SDL Auctions CEO, Rory Daly said, “Our strategy is clear. We aim to be the ‘go to’ auction house across England and an all-encompassing website that gives clients to all our lots online as they are entered for each auction will be welcomed by our regular clients and professional investors.

“Now with more than 35 auctions a year across the UK, there was clearly a need for a central resource that would enable our regular clients to search for lots that met their investment criteria.

“By tracking future auctions and lots as they go online at www. sdlauctions.co.uk they can plan their diary and anticipate cashflow and funding requirements further into the future.”

SDL Auctions raised £11.5 million on the day with simultaneous auctions in Birmingham and Nottingham. Their May auction at Aston Villa FC raised just under £9.2 million with a success rate of 85 per cent.