Plans included in last week's Budget for more attractive homes and estates are welcomed, but Knight Frank says more needs to be done. 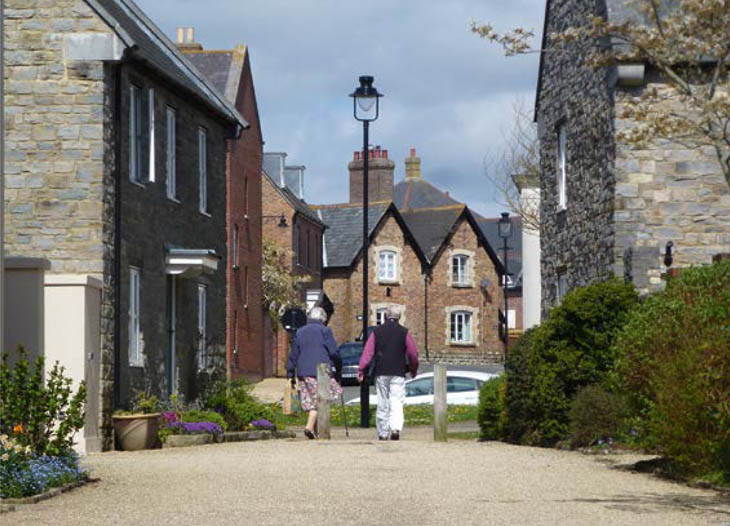 Plans for major reforms of the planning system have been praised by Knight Frank – though the firm says there is still room for improvement.

Buried in the small print of last week’s Budget are proposals for a new housing-need formula, allowing ‘beautiful’ developments to be fast-tracked, and considering a zoning system for planning.

The ideas, some of which were put forward in the recent report by the Building Better Building Beautiful Commission,will form part of a Planning White Paper to be published in the spring,

Later in the year an Affordable Housing White Paper will be published together with a series of bills dealing with building safety and rental reforms.

The Building Better Building Beautiful Commission, which reported earlier this year, said many housing developments were opposed by local residents as they were seen as being ugly and intrusive.

Its Living in Beauty report said: “Too much of what we build is the wrong development in the wrong place” and said the task was to “change the model of development from ‘building units’ to ‘making places’”.

The commission said there was a need to ‘re-green’ towns and cities. “Green spaces, waterways and wildlife habitats should be seen as integral to the urban fabric. The government should commit to a radical plan to plant two million street trees within five years, create new community orchards, plant a fruit tree for every home and open and restore canals and waterways.”

Now the government has taken on board some of these proposals.

Stuart Baillie, Head of Planning at Knight Frank, welcomed the new proposals but said some of the policies required “detailed guidance”.

“This includes a commitment to amend the National Planning Policy Framework, with more focus on design and ‘placemaking’,” he said.

“New permitted development rights will need a clear framework to understand how these are to be controlled and implemented. New natural light standards will need to be further detailed to understand the implications for development, particularly in densely developed areas.”

Knight Frank Residential Development Partner Charlie Dugdale added: “It is encouraging to see an acknowledgement [by the government] of the Building Better, Building Beautiful Commission.

“Whilst we caveat that any zoning must be accompanied by a rigorous approach to defining the form of development at a local level, we believe that geospatial systems will bring many efficiencies to the planning system and the wider housing market.”

Mr Dugdale also raised concerns over the “perverse incentive” in the tax regime to demolish rather than redevelop buildings.

“We have concerns with the proposals which seek to further encourage demolition through permitted development,” he said.

“Research regularly supports that heritage assets bring social and economic benefits with strong correlations to where businesses want to locate, and where people want to live, shop and engage.

“Why are we incentivising demolition before buildings can become heritage assets? We believe the test must include dereliction, not just vacancy, and there is a danger that the rights will miss a significant opportunity that exists with derelict agricultural buildings.”