Sign in or Sign up
The essential site for residential agents
Home » Features » How has Belgravia survived the central sales slump?
previous next
Housing Market

How has Belgravia survived the central sales slump?

Talk to any London taxi driver and they will, no doubt, at some point say how London has changed beyond all recognition in the last twenty years, and they may have a point. There was ferocious capital growth between 2009 and 2014 where, in certain sections of the Prime Central London residential property market, prices doubled. 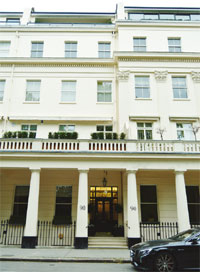 This was largely fuelled by international demand. At the higher end of the market, say above £2,000,000, these properties were often purchased for occasional use when on holiday in London, rather than for buy to let purposes. Of course, such purchasers were entitled to do so as they paid tax on purchase and council tax in occupation, the latter being too low and the former being too high, in my opinion.

However, the result of the acquisition of more and more of these effectively very expensive hotel suites was that in certain pockets of London – and I am thinking Mayfair, Knightsbridge and Belgravia – a feeling of emptiness emerged. You can walk down a residential street in Mayfair at night and you will barely see a light on. Very few people live here anymore. But is this starting to change?

Recently I undertook a valuation of a flat in Belgravia and a local agent reported that demand in the location was limited to domestic buyers only. My experience would echo this point; an overheating of the market, continued tinkering with taxation (ATED, Capital Gains Tax) and punitive rates of SDLT, particularly for the higher end of the market and for second home owners, have resulted in limited international demand since the first quarter of 2015. Indeed, LonRes report that transactions are down 46.2 per cent between Q2 2015 and Q2 2016 in Prime Central London at prices between £2,000,000 and £7,000,000.

Is it the right time to bag a Belgravia bargain? One thing’s for sure, you’re unlikely to be disturbed by your neighbours!

At least now there is a recognition in the market that conditions are poor. Brexit is being cited as the culprit, however, I do not consider this to be the case. Indeed, the weakening of Sterling caused by Brexit has, if anything, made the Central London market more attractive than it previously was to overseas investors.

In value terms the Prime Central London market is down by 10 -20 per cent depending on value and location from the height of the market witnessed at the end of 2014, but the really significant decline is limited to higher value properties in the centre. East London is performing comparatively well.

The South West London market, where the majority of former domestic residents of Knightsbridge, Belgravia and Mayfair retreated to after selling up, performed comparatively well over 2015 to the Prime Central London market, before starting to soften last year. Let me put this into perspective; No. 93 Eaton Terrace, a well-presented, five bedroom, stucco fronted Belgravia house, sold in June 2012 for £5,950,000. Some four years later in May, No. 77, another very similar five bedroom house, sold for £6,000,000, indicating minimal growth over this time, albeit the reality was a rise and then a decline. There are currently seven houses on the market in the road between £2,400,000 and £7,700,000. A deal could be done.

At the beginning of last year, a house in Napier Avenue in Fulham, admittedly slightly larger than the houses in Eaton Terrace, achieved £6,225,000 but in percentage terms, on a pound per square foot basis, a Fulham house achieved 85% of the Belgravia house.

With more committed sellers in the wake of Brexit and a realisation that market conditions have softened significantly, coupled with the fact that in places price levels are at those broadly witnessed five years ago, it may be that, for a buyer, the better bet is Prime rather than outer areas which, so far, have been less affected. Is it time to bag a Belgravia bargain? Even if you don’t quite call the bottom of the market, you are unlikely to be disturbed by your neighbours.