Four-year-old proptech firm GetAgent has struck an equity-for-media deal with the national broadcaster.

Estate agent comparison website GetAgent has struck a deal with TV station Channel 4 that will see its service advertised in TV ads (see below) across the media giant’s various channels for the next 10 months.

The investment, which is spearheaded by Channel 4’s Capital Growth Fund, is a media-for-equity deal that includes both Channel 4 but also E4, Dave, Alibi and others.

GetAgent, which started up in 2014 and has 6,000 agents signed up in the UK, was founded by 30-year-old tech entrepreneurs Sebastian Powell, Colby Short and Peter Thum-Bonanno (pictured, above with staff).

It enables vendors to compare branches in their local area based on their recent performance.

“Never again will a homeowner have to choose an agent without understanding how well they have sold homes in the past,” Powell said at the time.

The service offers a shortlist of local agents best suited to sell their home and, if the property sells following an introduction, GetAgent charges the agent a referral fee.

It is based in Farringdon, London and has received at least two rounds of funding until now including a seed investment in 2015, and last year cash from venture capital firm 500 Startups, which has a handful of other online home selling sites including Homelight and Settled.

“We all know that estate agents as a whole don’t have the best reputation, but many estate agents work extremely hard to help homeowners get the best value for their home,” says GetAgent CEO Colby Short. 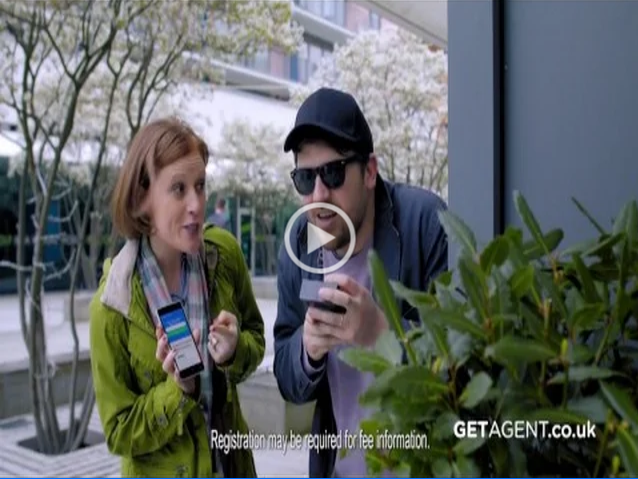 “At GetAgent, we are passionate about helping these great estate agents stand out from the crowd and demonstrate their superiority and value.

“We feel the war on fees will not benefit homeowners and that agents should focus on demonstrating quality instead. That is where we can help.”

Out of the three founders, Thum-Bonanno is the only one with direct property experience. He established London property portal FindProperly, which he later sold to Lokku/Mitula, the parent company of Nestoria, and which is still going.