Hugely knowledgeable and experienced Area Director of Sequence brand Roger Platt leaves behind a wife and two daughters as well as the affection of many colleagues and rivals.

His death has been described as a ‘tragic loss’ in a statement released by his employer Sequence, where he had worked for 45 years latterly as an Area Director of its Roger Platt business in Maidenhead, Berkshire. As recently as January 9th he had been on Twitter talking about his two favourite subjects outside property; music and football.

He also recently told The Negotiator proudly that his Maidenhead branch was “the most profitable in the Sequence group with the highest turnover; it’s a big brute”.

Michael joined Roger Platt in 1972 after a brief but unsatisfactory stint as an accountant in London, rising not only to be a successful and popular estate agent within Sequence, but also a media personality.

He appeared regularly on Carol Vorderman’s ITV makeover show Better Homes during the early noughties, bringing his wide knowledge of property to bear on the programme, and for a while was the go-to housing market expert for TV chat shows including GMTV, appearing alongside Keith Chegwin, Status Quo and Christina Hamilton.

Michael was also a regular on BBC Radio Berkshire and in his spare time was a very keen Bruce Springsteen fan, seeing the US rocker in concert over 100 times.

“It is a tragic loss for all of us who knew him and our hearts and deepest condolences go out to his wife Jacqui (pictured, below with Michael), children Calum and Mollie and the rest of his family,” says a spokesperson from Sequence, which was bought by Connells in 2003.

“Michael was renowned for having many anecdotes from his years in estate agency and we will remember him for his wit, wicked sense of humour and wealth of experience and energy in estate agency.

“Michael will be dearly missed, not just by those within the Roger Platt Maidenhead office who were very much deemed Michael’s extended family, but also by those colleagues across the wider Connells Group business. 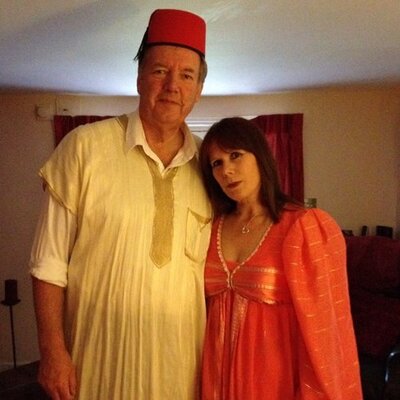 “He was highly respected by everyone and we have lost one of our most charismatic characters and one of the best estate agents we have had the privilege of working with. We are so grateful for Michael’s contribution to our business.”

Michael was interviewed by The Negotiator three years ago, during which he reminisced about his early days at Roger Platt grappling with the company’s then rudimentary marketing capabilities.