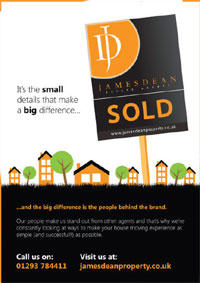 If you want to pack a punch in your local area and gain instructions, then despite the dominance of the big portals, print-based marketing remains the key activity for many agents – particularly if it’s to gain instructions. One agent which subscribes to this view is Portico, the new name and umbrella brand for two former London agent brands – Edmund Cude and Bushells.

“When we do a print exercise, whatever that might be, we immediately see a spike so you can discount the noise and get a pretty accurate view of the response rate,” says Robert Nichols, Managing Director of Portico. “Yes, online is key for lead generation for estate agents, more so than print, but I think they are both important and, at the minute, if you get it right they complement each other.”

One organisation that also takes this view is The Guild of Professional Estate Agents, which runs one of the most established and sophisticated print marketing operations outside of the big multi-agency and multi-brand blue chips.

The Guild says this gives its 780 independent member agent offices across the UK access to a print marketing punch that only the big corporates enjoy. So what do they do that, as they claim, makes print marketing such an effective tool?

One of the key ones, and a tool that CEO Marcus Whewell is most energetic about, is its magazine publishing arm, which prints 700 magazines for its members every year. Members, if they choose to, receive up to eight magazines a year, each one tailored to their local market with both Guild-generated content and their own, all to send out to prospects or leave behind after valuations.

We’re launching a service to our agents to enable them to accurately check their print marketing activity and use it even more effectively. Marcus Whewell, The Guild of Professional Estate Agents.

The idea behind this is, he says, to give an independent agent the print marketing tools that usually only large corporates can afford – such as door-dropped glossy magazines – and help win instructions.

“Print always sounds easy to do but we’ve been publishing ours for 15 years,” he says. “It takes a lot of skill to put this sort of package together and we’ve got a studio in Cambridge where 12 full-time staff work on them.” 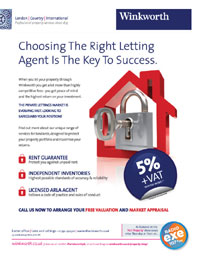 The Guild prints some four million leaflets and ‘mini magazines’ every year for its members and Marcus Whewell believes they are more effective than digital media or Google if agents want to establish their name in a local area as a leading brand.

“Leaflets are a really cost-effective way to constantly remind your audience of your expertise and what makes your company different in a marketplace,” he says.

“Webbers, a member estate agency down in the South West, recently developed a campaign around their service promise – using leaflets – that increased their business by 30 per cent. “We’re about to launch a service to our agents that will enable them to accurately track their print marketing activity and give them the confidence to use print marketing even more effectively, so watch this space.”

One of the Guild’s most impressive services is its canvassing cards system. This enables agents to create cards via a ‘Moonpig.com’ style online system for a variety of different campaigns, and then choose within a postcode what kind of household, property, council tax band, and owner to send them to. Last year The Guild printed half a million of these cards for its members. 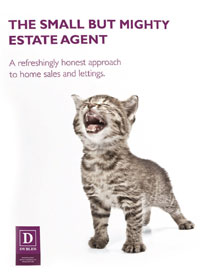 “Also, we recently launched what we call our 20/20 service, which when an agent sells a property, automatically sends out a pre-designed canvassing card to the 20 properties each side of it,” says Marcus. “We’ve already signed up 80 of our members; they like it because overall this sort of service is designed to give them that ‘head office’ kind of function but without the expense of having to do it from scratch.

“Increasingly, agents tell us they want this kind of print marketing ability automated as much as possible so they can get on with working with their teams and customers, and on their business strategy – not sitting in the back office managing their print marketing.” 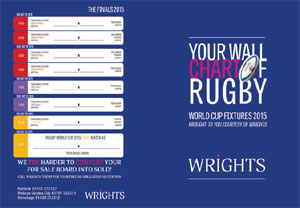 One of The Guild’s specialities is doing print marketing campaigns around the big football, rugby and other sporting events. For this year’s Euro Championship, they printed branded team and fixture cards and posters for agents to give out – and for the 2014 World Cup, Marcus says they printed a million such pieces of print marketing for its members.

“The idea for agents is to have these on display or give them out to local schools and, often, teachers come in again and ask to have more of them for their class, which is wonderful resonance for the agent,” says Marcus.

“And we had one agent who went locally from No.5 to No.1 for instruction using this kind of campaign material.”

HOW IT USED TO BE DONE

Some agents may remember when print marketing was the only way that agents could communicate with potential customers.

Let’s go back to 1972. Michael O’Flaherty was then a young and energetic recently qualified Chartered Accountant with a few years’ experience of working up in London. He’d just arrived in Maidenhead, Berkshire and was keen to make a name for himself with local firm Roger Platt & Partners.

When I arrived at Roger Platt we used to print the details on a hand cranked Roneo Stencil Duplicator. If you wanted pictures you had to stick them on! Michael O’Flaherty, Roger Platt. 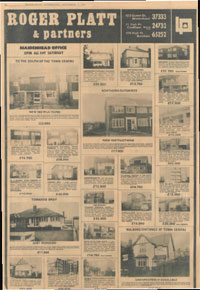 What younger negotiators today won’t realise is the struggle he faced to drum up business. Print marketing was rudimentary, telephone sales were almost non-existent and agents like Roger Platt relied almost wholly on adverts within the local paper, and a weekly mail-out.

“When I first arrived at Roger Platt we used to print the details on a hand-cranked Roneo Stencil Duplicator – you typed the details of the property on a stencil, attached it to the machine and then turned the handle to print copies.

“If you wanted pictures in those days you had to stick them on yourself and it was messy; you ended up with type all over your shirt by the end of the day.”

People talk about revolutions in the property industry today, but for Michael and his colleagues during the late 1970s, it was the offset litho printer, which uses plates made from originals to ‘offset’ the ink onto paper.

As the 1980s dawned, local papers were still king and agents scrambled to get their details ready. 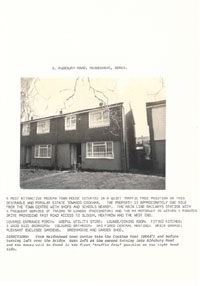 “The great thing was it enabled you to use photography for the first time, which you’d attached to the original as a polaroid photograph to make the plate. So we’d have to use this massive great polaroid camera.”

But printed brochures were only half the picture. As the early 1980s dawned local newspapers were still king and most agents scrambled each week to get their property details ready for each paper’s Friday edition before the weekend, while most – including Michael – sent out a manually processed mail-out each Thursday. You get the feeling from him that agents spent a lot of their time printing details, licking stamps and writing out addresses. 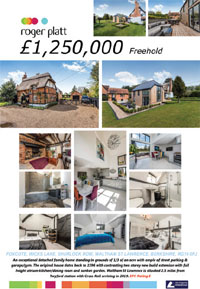 “Then the photocopier arrived and a few years later we got our first computers – although these were used just for printing out address labels, nothing else,” he says.

“It meant marketing by post could become automated for the first time – but it was still pretty primitive.” Today Michael is the Area Manager for Roger Platt’s offices, part of the Connells-owned Sequence Group.

“It is a big office and the most profitable last year in the Sequence group and the highest turnover; it’s a big brute,” says Michael.

The Guild only supplies print services to its members but there are many other options. Local newspapers still provide opportunities for raising your profile and many agents still find that very effective. Local magazines like Latest Homes (in Brighton) do the same, some though are much better than others.

Have a look at the wide variety of services available on the internet and don’t forget your local printers who will also provide a quick turnaround.

Of course, many software packages, such as dezrez and expertagent, include the facility to create and print marketing materials quickly and easily. 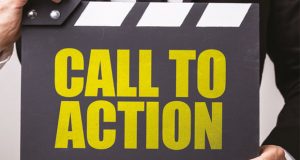 How to sharpen up your Call To Action

How to use video marketing in 2020 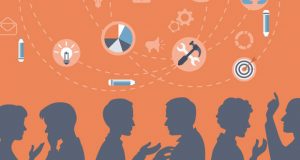 Social media: listen to the online chat to inform YOUR strategy