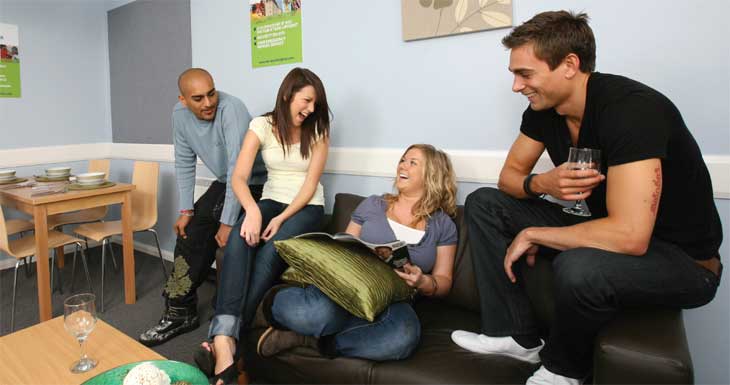 Low interest rates have driven investors to look at new ways of generating extra yield; every extra basis point counts. No wonder then, that both institutional and retail investors are taking a close look at the high yielding student property sector to improve their returns. With inflation still running at high levels, Jennet Siebrits of CB Richard Ellis says, “Investors are particularly attracted to the inflation hedging characteristics of the sector.”

Investors are particularly attracted to the inflation hedging characteristics of the sector.”Jennet Siebrits, CB Richard Ellis

Investment in the sector has risen from just £350m in 2009 to £840m in 2011, according to James Pullen, head of student property at Knight Frank. Investors have been well rewarded, he says, “Student property has outperformed every other asset class”. Year-on-year returns for the year to September 2011 stood at 11.5 per cent – admittedly down from 13.5 per cent the year before, but still outperforming commercial property (which according to IPD was showing a negative annualised return at that date).

Good returns should continue for the future, given the forecasted five per cent growth in rents next year.

That’s particularly the case in London, where returns on student housing doubled in 2011, according to Knight Frank, from 8.4 per cent to 15.1 per cent.

In the current economic environment, that’s an amazing return. In the regions, though returns fell, they stayed over ten per cent, again a great return compared to the property market as a whole. It’s difficult to compare residential property over that period, but considering rental yields are only around 4-5 per cent and the Halifax house price index fell 2.3 per cent in the year to the end of September, student accommodation clearly outperformed.

You can get an idea of expectations for the sector from the annual report of Unite, a publicly quoted investor in student accommodation. It says it targets “low double digit total returns, with modest risk” – where else could you get that in today’s market?

This outperformance has been driven largely by an increase in student numbers at UK universities. University applications rose 34 per cent between 2005 and 2010, and full time student numbers rose from not quite 1.2m in 1997-8 to 1.6m in 2010. That demand comes both from domestic students, and from international students universities – the UK has five of the world’s
top 20 universities (with the US taking many of the other prime positions), and a fifth of all enrollments are of international students, mainly from outside the EU.

Yet despite this increase in numbers, supply has remained tight. Savills, in its Autumn 2011 spotlight on student housing, says that, “The dramatic 20 per cent increase in student numbers over the last ten years has left most higher education establishments short of accommodation,” though of course that varies from university to university, and from city to city.

University managed accommodation accounts for only a fifth of students; the rest have to look elsewhere, and while some live with parents or (mainly mature students) in their own place, for most that will mean the private rented market.

WHERE DO STUDENTS LIVE?

According to Jennet Siebrits, many university-owned halls haven’t been updated since the early 1990s, and there has been no publicly funded development of housing for students in the last decade. That has created a structural undersupply of purpose-built student accommodation, which is only gradually being chipped away.

Savills believes that even taking into account new developments in the pipeline, London will see a shortage of 23,000 beds by 2014.

With mushrooming student numbers and only very slowly increasing supply, rents have been pushed up over the last few years. James Pullen says “rental growth remains robust”; according to Knight Frank’s figures, student property saw rents grow by an annual average of five per cent from 2004-2010, against just 0.6 per cent growth in commercial rents.

Most participants in the sector expect that to continue; for instance Unite expects rental growth of three to four per cent in its portfolio in the next few years. Yields are strong, too; despite some recent yield compression, student accommodation still comfortably outperforms ‘regular’ residential property. 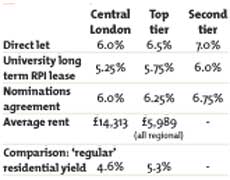 Strong yields have attracted institutional investment; unlike most residential property, where small unit size has made it difficult for institutions to achieve scale, the hall of residence model allows institutions to invest significant funds. 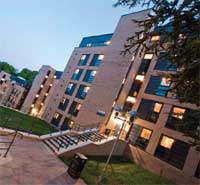 While in the early 90s, typical student accommodation investors were parents buying houses or flats that their offspring could use as student accommodation and which could then either generate a capital return, or be held for long term rental revenue; the balance has now swung towards institutions investing in larger blocks through management companies. 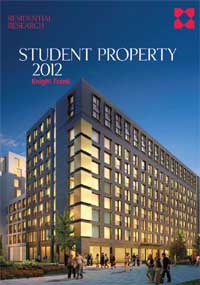 According to Knight Frank, “as an asset class, the student accommodation sector is maturing;” a single purpose-built block can produce significant cash flows, and offers a scale of investment that suits institutional investors better than putting money into single flats. That’s particularly true where the university has a long term arrangement with the private company, whether that’s an RPI-related lease or a nominations agreement, as this delivers the type of long-term income stream that institutional investors prefer.

Leaders in the sector are the University Partnerships Programme (UPP), with 11 partners and a tie-in with Barclays Infrastructure funds; Unite Group, which owns 40,000 beds in 24 different towns and cities; Liberty Living, with 15,000 beds; and Opal (20,000 rooms).

They’ve been there a while, but now private equity funds like Oaktree Capital and Carlyle Group are investing in student digs, as well as some contractors, trying to fill the gap left by the demise of residential development.

Private sector halls still account for a minority of student accommodation, but it is rapidly growing. Savills suggests lack of funding will force many universities to transfer ownership of non-core assets such as accommodation to the private sector.

That move has already started. Fund manager Legal & General recently paid £116m for Griffon Studios, an Imperial College hall of residence with 452 apartments, intended mainly for postgraduates. Meanwhile UPP has taken over the University of Reading’s portfolio of some 2610 rooms, worth £200m, plus more in the pipeline. Savills reports high levels of institutional deals in both 2010 and 2011.

Despite institutional interest, this is still a good sector for the buy-to-let landlord, and seems likely to remain so for the foreseeable future. It seems likely that institutional investment will be at least partly focused on taking over and updating existing university owned accommodation, rather than on greenfield development. That leaves a large slice of the market available for private landlords.

However, HMO legislation has complicated life for those letting to students, though mandatory licensing is involved only where five or more students are sharing and a building of more than two storeys is concerned. Some councils, worried by the conversion of some areas of their cities to effective student dormitories, have however decided that licensing is required for any HMO; it’s up to the individual council, so investors need to be aware of any local bye-laws or planning requirements. 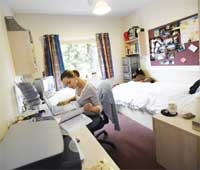 That may be one reason that a new style of property is now coming to the market – purpose-built student accommodation marketed to the individual retail investor. Property Frontiers, for instance, is offering units in a new development at Gradwell Street, Liverpool, from £48,000 a room. Gradwell Street offers yields of 10 per cent for investors – very much at the high end of residential yields. 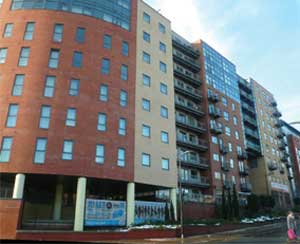 Massive new blocks are going up to accommodate students.

Other similar developments include Bankside, in Chester, which is being marketed by Principal International, and The Hub in Sheffield, which is being marketing by Knight Knox, all around the £45-50,000 mark which seems to have become standard for such properties. The Hub offers a 10 per cent yield, while Bankside has a 7.5 per cent yield, but guaranteed for ten years, appealing to the longer term investor.

It’s interesting that the agents are all companies which handle overseas as well as UK property. They’re not so much selling to parents of student occupants, who have usually used local estate  agents, but to investors. These are often the type of high net worth individual who, back in 2005 or 2006, might have been looking at buying property in one of the emerging property markets abroad, but are now keeping their money closer to hand.

So far, the case for buying student accommodation seems pretty good. However, there are a few risks visible on the horizon. According to Savills’ latest research, immigration controls could be one of them. Not only do foreign students account for a large slug of the total student population, they are also the students most likely to book into purpose-built accommodation, and generally among the higher-spending, too. Tighter controls over student visas could damage that segment of the market – and if foreign student numbers fall, some towns may end up with an oversupply of accommodation.

However, James Pullen believes these controls have mainly affected language schools and ‘feeder’ colleges (what we used to call ‘crammers’). He says the undergraduate, and postgraduate population should be less affected.

But higher tuition fees, together with graduate unemployment, have also led to a downturn in student applications; the number of UK-born students applying to start university in 2012 has fallen by 15 per cent. That may partly reflect an increase in applications last year as students wanted to start their courses before tuition fees rose. Certainly no one’s expecting a repeat of the high growth in student numbers over the last decade; Unite expects student numbers to remain flat for the next few years.

The increase in downside risks makes selecting the right place to invest more  important than it formerly was. Some cities, such as Leeds and Manchester, are already seeing an oversupply of student accommodation; that has led Unite to look for growth “in towns and cities where the current shortage of accommodation remains most significant,” with London clearly a favoured location.