Sign in or Sign up
The essential site for residential agents
Home » Features » Feeling down: Spring market snapshot by Kate Faulkner
previous next
Housing Market

Designs on Property tracks and summarises the property indices. Kate Faulkner says, “Demand is down, transactions are down, selling prices are down. Agents will need to secure listings that buyers really want and get the deals through quickly.” 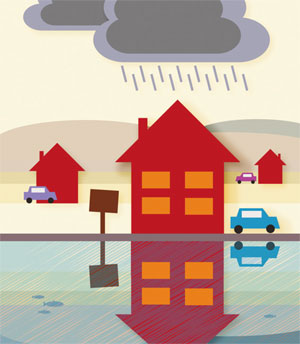 Average prices across the indices vary from mortgaged only prices from the Nationwide HPI of £211,756, through to marketing prices (ie not necessarily sold) from Rightmove of £297,587, a 40 per cent difference. Average sold prices from the UK HPI stand at £243,339.

Kate says: It seems the days of double-digit price growth are over for the property market, for the moment. The historic price rises of 7-10 per cent per annum haven’t been seen at a national level since 2005 – 12 years ago – and currently annual increases are running at a fraction of previous levels, varying from 0.2 per cent (LSL Acadata) through to 2-3 per cent for mortgaged properties and 5.3 per cent for the UK HPI. ‘Average prices’ from the indices continue to vary by 40 per cent, with Nationwide having the lowest at just under £212,000 and asking prices from Rightmove are now back down to just under £300,000, lower than their November 2017 average of £311,000. This is all evidence that average property prices are not a great measure today of real property prices.

Competition is high, putting pressure on fees, so excellent sales progression will be needed to hold those chains together.

From a transaction perspective, the outlook is weak. Although Rightmove suggests an uptick in those looking at property online, most of the indices are showing falls in deals – NAEA suggests “the number of sales agreed per estate agent branch fell to five – the lowest since December 2014” and the RICS states, “Newly agreed sales also slipped, extending a run of negative readings for this indicator stretching back to last February”.

2018 looks like a tough year transaction wise and in terms of capital growth, meaning the industry is going to have to work incredibly hard this year to achieve sales targets. Competition for business is high which will put pressure on fees and excellent sales progression after the offer stage will be needed to hold chains together.

It will be interesting to see how well Wales and Scotland perform now that prices have finally recovered to the heights achieved prior to the 2007 crash – a decade ago. With most households now out of negative equity, it may mean those previously ‘trapped’ in their homes are in a position to look to move. New home sales offering the Help to Buy Scheme – where buyers need only a five per cent deposit and get a 20 per cent free loan for five years – could really start to take off. Many people mistakenly still think Help to Buy is only available for first-time buyers so it could be something the industry should be promoting heavily to try to get more movement. Meanwhile the new homes market remains important for the industry in England, too, especially as all the indices suggest the level of second-hand stock coming onto the market continues to be at a historic low. New homes are one of the few ways of being able to achieve guaranteed new sales so should be a priority for any business wanting to have a successful 2018.

RICS: “The price gauge in London remains comfortably in negative territory, while falling prices were also reported across the South East, East Anglia and the North East. Conversely, the North West of England, Northern Ireland and Wales posted the strongest price growth (in net balance terms) compared to all other parts of the UK.”

LSL Acadata HPI: “London is the first region in England & Wales to see annual prices fall. The top of the market suffers most: City of Westminster (down 19.4 per cent annually), Hammersmith and Fulham (down 13.6 per cent) and Wandsworth (down 12.1 per cent), all in the top seven most expensive boroughs, are among those to have seen double digit falls over the year. Kensington and Chelsea, still the most expensive borough with average prices of £1,837,077, only just escapes the same fate, with prices down 9.3 per cent. Only Southwark, where prices fell 21.1 per cent, performed worse, but prices in the midmarket overall in London held up better.”

Hometrack: “Edinburgh remains the fastest growing city (+8.2 per cent) followed by Birmingham, Glasgow and Manchester with average prices rising by 7 per cent per annum. House prices are falling in nominal terms across Oxford, Cambridge and Aberdeen – a result of weakening demand, affordability and economic factors.”

Kate says: Land Registry figures show that house price growth at a regional/town level continues to be incredibly diverse. We are still seeing a ‘ripple effect’ where London has grown by 63 per cent since the previous height and this growth has spread out to the South East, with the likes of Brighton and Hove growing 40 per cent in comparison. By the time we get to the Midlands, this strong growth seems to stop – although there is a ‘ripple’ of growth, it’s at a third to half the level of London, only just tipping into double-digit price growth on an annual basis. In the ‘Northern Powerhouse’ price growth does exist, but only just enough to return property prices to their 2007 heights.

Hometrack appears to have the answer to this and the good news is that it’s a resounding ‘no’, bar London. Their “analysis of ZPG listings data reveals how underlying market conditions continue to improve across cities outside south east England.”

What’s critical to knowing if prices are going to rise/fall is understanding the level of discounts sellers are willing (and able) to accept and, according to Hometrack, “the discounts sellers are accepting to achieve a sale are shrinking”. For example, their data shows that “the average discount over 2014- 2016 was 3.2 per cent which has reduced to 2.9 per cent in 2017 across England. A different system for selling homes in Scotland means sales prices are higher than listings prices”. London, however, is seeing the opposite with “Weaker, price sensitive demand has seen the discount widen to an average of 4 per cent with the largest discounts of up to 10 per cent being registered in inner London”.

Most commentary focuses on what is happening to property prices, but as anyone in the property industry knows, property prices are driven by what happens to supply and demand, which is why performance is so localised.

LSL Acadata HPI: “We estimate the number of housing transactions in December 2017 in England & Wales at 60,000, based on Land Registry numbers. This is down 20 per cent on November, which goes against the seasonal trend of the last 20 years where a 1 per cent increase is the ‘norm’ at this time of year. We would however caution that there is considerable uncertainty as to the accuracy of this month’s total, and we will need to cross-reference with other sources before analysing the causes of such a decline.”

NAEA-Propertymark: Prospective homeowners registered per member branch, were down on November, the number of sales agreed per branch fell to five – the lowest since December 2014 when there were also five, down from seven in November. However, FTBs took advantage of the quieter month, as the percentage of sales made to the group increased to 32 per cent – the highest rate since September 2016 when it stood at 32 per cent, and up from 27 per cent in November.”

Nationwide: “Mortgage approvals declined to their weakest level for three years in December, at 61,000. Activity around the year-end can be volatile, but the weak reading comes off the back of subdued activity in October and November. There are few signs of an imminent pickup, as surveyors report that new buyer enquiries have remained soft.”

Bank of England: “House purchase approvals were the weakest since January 2015 at 61,039 and remortgaging approvals fell to 46,475.”

RICS: “For a tenth month in succession, new buyer enquiries declined, with a net balance of -11 per cent of respondents reporting a fall. Newly agreed sales also slipped, extending a run of negative readings stretching back to last February. A relatively stable sales trend is expected to emerge in the near term, while respondents envisage sales picking up over the next twelve months as a whole. The lack of new instructions coming to market continues to impede activity and this has shown no sign of turning in recent months.

“Unsurprisingly, the average number of properties on estate agents’ books continued to slip back towards the record low levels seen around the middle of last year.”

Kate says: Stock continues to tighten while new buyer enquiries fall, suggesting transactions will slip this year. From an agent perspective, particularly for those who only charge when they sell, it’s imperative to focus on securing listings for which buyers exist. Listing properties that no-one is looking for, especially if the seller is unrealistic about the price, is likely to incur unnecessary costs. Indications are that first-time buyers will be the main purchasers – NAEA suggests the percentage of sales to this group increased to 32 per cent, up from 27 per cent in November. It will be also essential to get deals through quickly to reduce the likelihood of expensive fall throughs. The good news is that NAEA research suggests sales are going through faster, but still a proportion are taking around 17 weeks, which is a long time to wait for payment.