Estate Agency for today … and tomorrow

Is the future of estate agency smaller? Or larger? Is it less ‘tech’ or more? James White, founder of Belong, says we need to appeal to clients who want a better service. 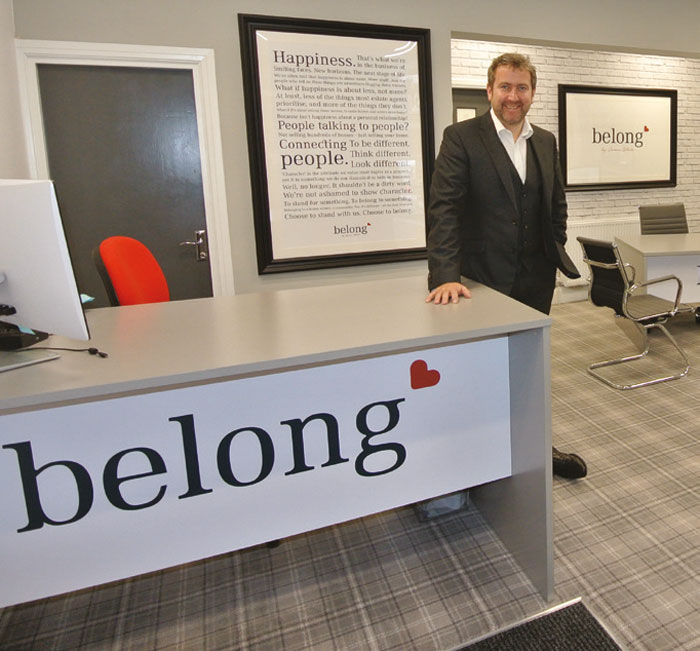 The most basic of which is computerisation and digital photography; from printing black and white images onto ribbon typed brochures with a hand turned printer, to the fabulous digital brochures of today. ‘What is a ribbon typewriter?’ I’m sure many younger readers are asking.

The Americans offer clients a realtor service is so unbelievably good that they can charge fees of between five and eight per cent!

The good old days were not so good really. People would wander in to your estate agency, grab handfuls of leaflets on houses and then run out if they could, sometimes stopping to register, often calling back later when they had had time to read through each leaflet; no auto email or text message alerts back then.

By 1991 the agency I worked for had basic word processers and then huge shoulder mounted video cameras with which I would film houses that came on sale. Prospective buyers were invited into the office to sit in our cinema chairs to watch the VHS videos we had created.

All this was way ahead of all of the other agents in the area; but it didn’t catch on. The cameras were too big, the videos too time consuming for the agents to produce and edit; and of course, people couldn’t just view them from their phones. Phones had wires then.

Nowadays we have Virtual Reality 3D viewings, unbelievable wireless technology and who knows what next.

The online agents have grown in the last five years to pose a threat to the traditional high street agent. The biggest threat now being the change in the public’s perception as to what they should pay a high street agent. I believe that many agents haven’t moved on from the days when I had 500 houses on my books. A team of valuers, always out.

A team of receptionists, always in. Negotiators dealing with sales of houses that they haven’t seen. A veritable sausage machine of different people who the client must deal with; only to receive a hefty bill and a request for a review.

Who are they reviewing again? The person, the company or the sausage machine?

Online agency may be removing some of the human element, but it isn’t replacing the sausage machine. Some online agents ask for reviews at the outset rather than on conclusion of a deal, but even those who ask for the review at the end have rarely seen the house.

The survival of the high street agent will centre around its ability to elevate its service offering to dizzy new heights. To really take the strain out of moving; to use new technology such as Virtual Reality to enable buyers to pre-view houses; saving them time, reducing the stress on the seller.

Accompany every viewing; use social media to sell houses in imaginative ways, not just promote the agency, and to make clients’ houses really stand out in the new shop windows, the portals!

The Americans, have, for years, promoted a realtor level service. One where they look after the buyer’s – and the seller’s every need. A service so unbelievably good that they can charge between five and eight per cent. Not that we can move towards those fee scales in this country, but we can certainly protect the beloved 1.5 to three per cent range if only we are prepared to stand out, and stand up for our fee. Not every client wants cheap and cheerful.

Not every client wants the sausage machine.

That’s why I have created our new and unique brand, one where our agency goes that extra mile, not every now and again, but every time.

Emails answered personally any time of day from 8am to 9pm, phone calls made and received at weekends by the person who met the client in the first instance.

A real agent’s service and realtor service, a concierge service.

Leave the large sausage machine to the onliners and those who don’t know how to change is my view.

We can do what they do, but much, more, and in a much better way. Smaller is sometimes best.