Over the past few days The Negotiator has been overwhelmed by agents telling us about Sajid Javid's mansion tax proposals. Here are some of their missives.

Chancellor Sajid Javid has revealed plans to introduce a ‘mansion tax’ in his March 11 budget that would see owners of prime properties either pay an annual property tax based on a percentage of a its value or for their home to be included within a new, more expensive council tax band.

The proposals, which have the blessing of Boris Johnson, have not been received well in the Conservative heartlands; the Daily Telegraph has described it as ‘half baked’ and a group of London MPs are said to be lobbying hard for the measure to be dropped; any prime property tax is likely to be paid mostly by London voters.

Estate agents are even more incredulous. After being originally proposed by the Liberal Democrats and then adopted by Labour, the property industry is once again having to explain to ministers why it’s a bad idea.

“With the residential property market above £1million trying to get off its knees as a direct result of the draconian Stamp Duty Tax imposed by the former hapless Chancellor Osborne, I’m not sure any form of additional taxation is the therapy required.

“We all know that Prime Minister Johnson wants to play to the northern crowd, hence the green light for HS2, but burdening London in particular with a ‘quasi Mansion Tax’ is de facto trying to scare your adversary by shooting yourself in the foot.”

“The first and most basic problem lies with the difficulty in identifying the properties that will be subject to the tax.

“Though the initial whisperings of plans suggest only properties that are currently in the highest Council Tax band will be considered, every single one of those properties will still need to be valued in order to determine whether it is over the threshold for payment of the new mansion tax.

“If the tax is proportional to the property value, then it won’t just have to be allocated to a band of values – as with the Council Tax – it will need an exact valuation.

“If it is based on price bands, then the whole exercise will effectively just be the introduction of new, higher bands for Council Tax (which has already happened in Scotland), and not really a new tax at all. In either case, there are certain to be many appeals against the valuations.”

“It’s tiring to once again be facing down the barrel of potential Mansion Tax, an ill-thought-out approach and one we would expect to be pioneered by Robin Hood himself, not a Conservative government.

“Investment into London’s high-end market, whether it be domestic or foreign, is vital in order to keep the cogs turning across the board, particularly in recent times where the average homeowner remained sat on the fence for so many months, with top-end transactions helping to keep the market’s head above water.”

“This seems very much like a Robin Hood tax and will most certainly discriminate those that have inherited or worked hard for what they have got.

“We have just had a general election and none of this was mentioned. I feel that many voters will be very angry at this proposal, particularly those living in the south who will be most affected. If we had supported a mansion tax or similar we would have voted for Corbyn.”

“We agree that council tax needs urgent reform. This tax is now very outdated and arguably far too low, particularly for more expensive homes in London.

“I don’t think any home owners would have an issue in council tax being reformed and higher bands (within reason) being introduced, and we would welcome this change.

“But continuing to tinker with stamp duty and introducing a mansion tax would be extremely damaging to what has been a very fragile market that has only just started to show signs of recovery.”

Read Lucian Cook’s thoughts on why this latest attempt to introduce a mansion tax will fail. 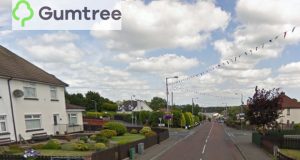