Amendment to bill moving through parliament will require the Financial Conduct Authority to ensure that lenders are adding rental payments to tenants' credit histories.

Peers in The Lords will tomorrow vote on an amendment to the Creditworthiness Assessment Bill that will require the Financial Conduct Authority (FCA) to police lenders to ensure they are taking into account both rental and council tax payments when assessing a borrower’s creditworthiness.

When finally passed in both houses of parliament, the bill will spark a revolution in the way tenants move into home ownership, which tomorrow will take one more step forward when the Lords vote on the latest amendments.

Dry though it may sound, this legislation will require lenders to take the UK’s 11 million tenants’ rental payment records into account when making mortgage lending decisions, helping millions of people who currently struggle to get a home loan to put their first foot onto the property ladder.

This will require a significant and new national system of recording tenants’ rent, something the government tackled recently with its £2m Rental Recognition Challenge competition, which six companies are vying to win.

Tomorrow’s debate about this should be a lively one, as it’s not clear how the FCA will be able to prove that a lender has added a tenant’s rent payment into their lending algorithms, which vary hugely from lender to lender.

The Creditworthiness Assessment Bill is the brainchild of Lord Bird, the founder of the Big Issue charity and magazine.

Commenting on the issue of creditworthiness, he recently told BBC Radio 4’s Money Box programme that: “One of the things we have to do is to remove the psychological damage of poverty and that is the idea that you’re outside of society, you don’t matter and nobody wants to know you.

“And my anecdotal evidence is that people who are doing the lending need that evidence [of rental payment].”

Lord Bird’s bill still has a few more stages to complete in the House of Lords before it moves on to the Commons. 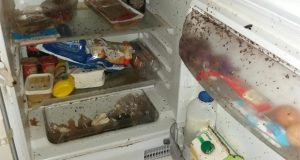