Andrew Bennett reports on the findings of the inquest into a fire in a multi-occupancy building. 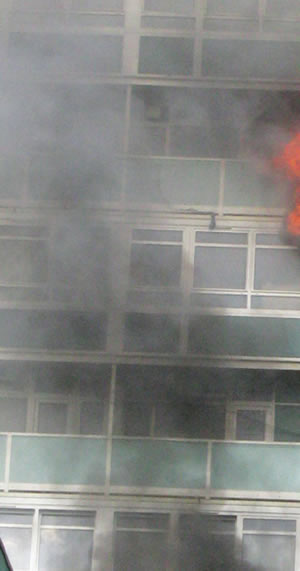 With 8.5 million people in England now renting from a private landlord and 17 per cent of UK households living in social housing, how can landlords and owners of multi-occupancy buildings ensure that fire protection, detection and evacuation measures are all adequate for tenants? Furthermore, what responsibilities do managing agents have for safety regarding fire risks?

The issues surrounding fire risks in multi-occupancy buildings were brought painfully to light on 3 July 2009 when six people died in a fire at a council-owned tower block, Lakanal House, in London. Tragically, the 11 week inquest into their deaths (March 2013) found that the deaths could have been prevented had opportunities regarding fire safety been taken. The spotlight was on Southwark Council, owners of the tower block, but clearly the case is also of relevance to private landlords, agents and owners of multi-occupancy buildings.

THE LAW ON FIRE

The Regulatory Reform (Fire Safety) Order 2005 is the primary source of the legal requirements in this area since this legislation replaced the former fire certificate regime for commercial premises under the Fire Precautions Act 1971.
The 2005 Order seeks to draw parallels with the Health and Safety at Work Act 1974, and the supplementary health and safety regulations to this Act, by creating a specific regime of risk assessment and fire risk compliance regarding the risk of fire. The 2005 Order creates responsibilities for specific people such as the “responsible person” (the person with control over a building) who has the responsibility to assess fire risk and implement fire safety procedures that are workable for the buildings under their control. If they do not have the expertise to do this, then they must hire a “competent person” to do so. The duty (placed on the responsible person) to do everything “reasonably practicable” to protect people in a building or int he vicinity from the specific risks associated with fire is also now specifically enshrined in fire safety legislation. For distant managing agents, or non-managing letting agents, establishing a competent person, and doing “everything reasonably practicable” may feel like particularly onerous responsibilities.

However, this legislation specifically excludes domestic premises and therefore the implications of cases such as the New Look fire in Oxford Street in 2007 (for which New Look were fined £400,000 in 2009) may have been overlooked by private landlords and owners of multi-occupancy domestic buildings.

The 2005 Order only applies to the common areas of house in multiple occupation (HMOs), flats, and other sheltered accommodation. Sitting alongside the 2005 Order, the Housing Act 2004 created a new regime of regulation for fire safety in existing residential premises through the housing health and safety rating system (HHSRS), licensing provisions for HMOs and management regulations for HMOs. The HHSRS will generally be the principal tool used to assess and enforce fire safety standards, but HMO licensing conditions will reflect HHSRS assessments. As with the 2005 Order, the responsible person for the purposes of fire safety provision and maintenance at the residential accommodation is the person having control – usually the landlord, or in HMOs, the manager. Managing agents and non-managing letting agents may need to seek specific legal advice on this to consider who actually has control over a property. Establishing this issue is key before looking at how the risk assessment responsibilities can be divided up.

The 2005 Order and the 2004 Act therefore combine to form a twin set of regulation for HMOs which has the potential for overlap, and for incidents to slip unnoticed (and investigated) between a gap between the two pieces of legislation. The Lakanal House fire and subsequent inquest is therefore crucially important in closing this potential gap in general awareness and enforcement of fire safety.

Moreover, many of the issues that caused the fire at Lakanal House arose because of modern refurbishments to the building, highlighting the fact that even recently built multi-occupancy buildings may have fundamental flaws with regard to fire safety. Managing agents need to bear particular regard to adaptations made to their properties; what adaptations need to be made, and what their impact will be on fire safety. In circumstances where they are distant, and have no management function, they need to be wary of others making adaptations to fixtures and fittings which may appear insignificant to the structure of the building, but may have a very significant impact on fire safety.

Coroner Frances Kirkham made several recommendations (via Rule 43 letters) to the council, the Communities and Local Government department, and London Fire Brigage: 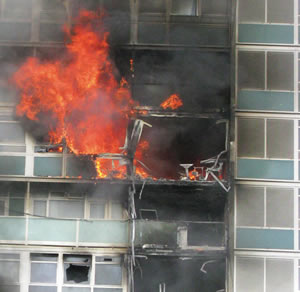 Whilst the Lakanal House Inquest was important in raising awareness of fire safety issues in HMOs for private landlords and owners, the issues that caused the fire could have been prevented if the basic concepts of fire risk assessment had been followed. These are:

Step 1: Identify Hazards. Risk assessing the modern refurbishments at Lakanal House would have shown that the panels on the outside of the building and the “boxing in” would have a significantly negative impact on fire safety.

Step 2: Identify people at risk within the premises. Does the risk assessment identify how many people are within the building, how many flats there are, where they are located, how easily they will be able to use fire safety procedures. This is also aligned to ensuring that the people within the premises are actually aware of the fire risks in a building. Could a fire fighter easily locate people within a building in the event of a fire and avoid the confusion that arose at Lakanal House?

Step 3: Evaluate, remove or reduce risk and protect against remaining risk. The level of risk must be evaluated once the key parts of the premises and hazards are identified. It is a legal requirement that wherever practicable measures must be taken to eliminate or minimise risks. The refurbishments to Lakanal House, and the visit of the fire service to the building just weeks before the fire, were the most obvious missed opportunities to properly implement step 3.

Step 4: Record, plan, inform, instruct and train. Linked to Step 2 above, the failures in relation to this step were plainly evident at the Lakanal House Inquest.

The council, other public bodies, and contractors involved in the inquest were not prosecuted. However, there was a full corporate manslaughter investigation carried out by the police, and in another recent case Warwickshire County Council was fined £30,000 after pleading guilty to a health and safety law charge relating to the death of four fire fighters in November 2007.

Fire risk assessment is back in the spotlight; managing agents, private landlords and owners face tragic consequences and the risk of being involved in investigations, prosecutions and inquests if they fail to assess risk, take advice and implement necessary changes to the way they control fire risks within their buildings.

Andrew Bennett is a solicitor in Eversheds’ National Health and Safety and Environment Team. [email protected]