Sign in or Sign up
The essential site for residential agents
Home » Features » Hanging on the telephone: Hello? Hello? Anybody there?
previous next
Products & Services

In today’s digital world of email, social media, chatbots and texting, the humble telephone still plays a significant role in an estate agent’s life. But, asks Nigel Lewis, for how long? 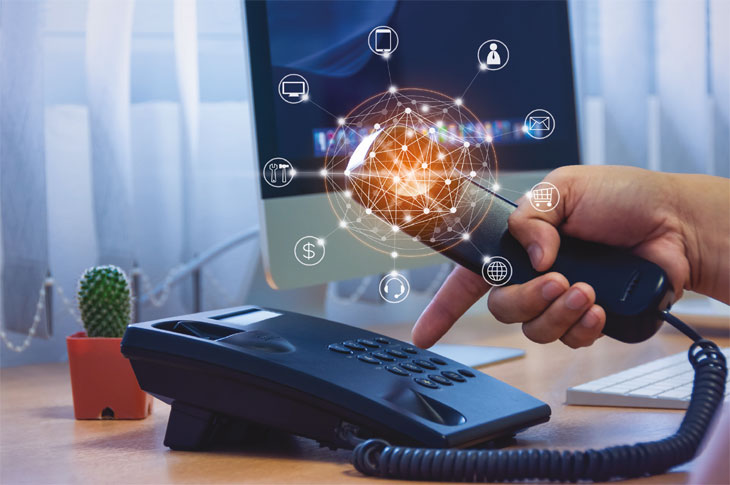 Despite the huge digitalisation of the property industry the telephone remains one of the key tools for most sales and letting negotiators. Many staff in busy branches can make up to 50 phone calls a day and receive a similar number of inbound calls from clients. And that’s just to keep their heads above water.

Tracking when these calls are made and ensuring staff are chasing up leads efficiently enough is becoming a key battle ground for agents in their bid to capture rental or sales instructions, particularly in today’s increasingly tough and competitive market.

“Whilst many new businesses in the property industry rely on good tech to enhance a customer’s property buying or letting experience, human interaction and contact via the phone will always remain an essential part of our industry,” says Lucy Jones, Director of Agency at Rentify, the tech-enabled letting and property management platform.

“Email, chatbots, texts and forms of automation are transforming and enhancing the way people buy and rent property, but they are most effective when they are turbo charging what humans can do and making us more efficient.”

Helping staff to decide which enquiries to answer first, as valuation and viewing enquiries pour through an estate agency’s digital door, can be critical to whether a business thrives or just survives in today’s market.

One of the key reasons that negotiators answer the phone is to answer leads that arrive via their Rightmove, Zoopla or OnTheMarket portal subscriptions.

“We have a one-minute window for our staff to respond by phone to portal enquiries between 8.30am and 6.30pm,” says Lee Pendleton, Chief Executive of London agency James Pendleton.

“But most of my people get dialling within 30 seconds; we use an open system so each lead is there for anyone within our nine offices to see. After that we have an answer-machine service that will register that client whether it’s via phone or email and then we get back them if it’s before 9pm and the next day after that time.”

We have a one-minute window for our staff to respond by phone to portal enquiries between 8.30am and 6.30pm, but most of my people get dialling within 30 seconds. Lee Pendleton, James Pendleton.

One unusual aspect of the competition for portal leads is that much of the initial contact from prospects arrives via email, but is then dealt with on the phone as a ‘call back’, something that the former Countrywide director Bob Scarff’s firm Callwell helps agents solve.

The company turns inbound portal and other email leads into outbound phone calls and recently signed up the Leaders Romans Group.

“Most estate agents would agree that if somebody phones up then their staff are usually pretty good at dealing with the query straight away,” says Scarff.

Email has always suffered from being not as important and, maybe back in the late 1990s, that was true and they were the last refuge of the tyre kicker or nosy neighbour, but that’s not true now. Bob Scarff, Callwell.

“But email has always suffered from being somehow not as important and, maybe back in the late 1990s, that was true and they were the last refuge of the tyre kicker or nosy neighbour, but that’s not true now.”

a different format away from their email inbox, and also ‘makes the phone ring’.

Staff then choose whether they want to proceed with the call based on the information gleaned from the display. This indicates whether it’s a valuation, viewing or tenant lead.

“The system also enables the business owner or branch manager to track who is dealing with which customer, as the system will attach the identity of the staff member who answered the query and called the person back to the record.

Services like Callwell are gaining traction because, as Rightmove’s Miles Shipside points out, attitudes to email leads from portals are changing; gone are the days when they were viewed as ‘fluff’.

“In today’s market, particularly in the more competitive southern half of England, agents have to jump on leads wherever they come from if they’re desperate for business in a slower market,” he says.

Shipside says Rightmove’s data shows that agents on average use the phone 50% of the time to respond to customer enquiries – and email and other tech the rest of the time, and that the speed of response rate depends significantly on the level of local competition.

“When you’re dealing with such an important and valuable transaction, consumers still don’t trust email as much as they do voice,” says Miles Shipside.

“When you’re buying something on Amazon, for example, people are happy to wait for an email response but when selling their home, they want a quicker and more robust answer to their query.

“Agents know that gaining rapport with a potential customer is important, but on the other hand we have to accept that younger buyers rely more on email.

“Nevertheless, I don’t think tech will take over customer communication quite yet partly because of the failures and needs on both sides.”

Andrew Marshall, Chief Commercial Officer at Zoopla agrees and says he can’t foresee a time when digital communications entirely replace phone calls and face to face meetings, particularly for owner-occupiers grappling with the emotion of buying or selling their biggest asset.

“Often the preferred method of comms is reflective of where we are in the sales or rental process,” he says.

“Relationships between estate agents and home buyers or sellers might start digitally, but as the emotional attachment develops, a reassuring phone call or the trusted words of an agent can calm even the most anxious of clients.

“Ultimately, the rise of digital communications has been life changing for agents; they are able to flex their approach to best accommodate buyer, seller, tenant or landlord need – all of whom will have their own preferences in how they want to communicate.”

One company working at the telephony coalface is answering service Moneypenny, which handles both voice and chatbot enquiries on behalf of clients.

Its Commercial Manager of Property, Samantha Jones, says the landscape is changing as more and more customers adopt digital habits. She also says these trends are developing within all generations, not just the ‘Millennials’ that everyone talks about.

“Due to social media, customers these days like a quick response and are slightly disheartened when some firms they engage with don’t respond over a weekend,” she says.

“I’ve booked holidays via Facebook messenger and booked my puppy’s haircut via Whatsapp.

“We browse and purchase 24/7, seemingly regardless of which generation we’re a part of. Many of the agents that we work with are working across various channels of communication to engage with their potential customers and we can see that more and more firms use Instagram and Facebook to engage with their local community.”

Tony Robinson of London and Kent agency Robinson-Jackson, who uses MoneyPenny to manage his business’s out-of-hours enquiries, claims that using an outsourced service like Moneypenny has helped his firm handle a third more viewings by being available 24/7.

His comments echo many of the other people The Negotiator has spoken with for this article; but talking with people via a phone will never disappear because property is a ‘people’ game despite the claims of some proptech ‘disruptors’… but its role is changing.”

Instagram is already replacing telephones in many areas of estate agent activity, most notably in the prime sector of the market, where buyers want to see higher-resolution images and more details about a property before arranging a viewing. Where they used to phone up and ask for a glossy brochure or arrange a visit by phone, this can now be achieved through Instagram – and several London agents have become Instagram stars as a result.

“Many of our high-net worth clients are early adopters of new technology so it stands to reason that we are seeing an increasing number of new clients researching properties through social media platforms such as Instagram,” says Shaun Drummond, Director of Sales at Harrods Estates in London.

“As a result, we’re utilising the features within this platform to bring many of our most prestigious properties to life.

Many of our clients are early adopters of new technology so we are seeing an increasing number of clients researching properties on social media.

“We know that homebuyers are increasingly time-poor, so before committing to visiting a property, they want to be inspired by what they might be able to do with it.

“We’re excited about the potential that the app holds, especially because we’re able to utilise our expert connections at Harrods Interior Design service to bring an extra dimension of originality and creativity.”