Sign in or Sign up
The essential site for residential agents
Home » Features » What happened to the traditional Autumn price ‘bounce’?
previous next
Housing Market

What happened to the traditional Autumn price ‘bounce’?

Designs on Property tracks and summarises the monthly property indices. Kate Faulkner says, “Hold on to your hats! The Autumn ‘bounce’ has not happened this year and is unlikely to do so now, but if demand falls, supply may as well, blowing a chilly wind through the market.” 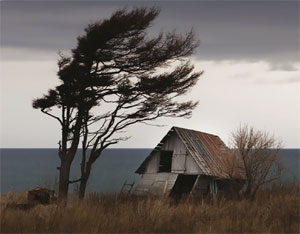 Average prices across the indices vary from mortgaged only prices from the Nationwide HPI of £210,116, through to marketing prices (ie not necessarily sold) from Rightmove of £310,003, a 49 per cent difference. Average sold prices from the UK HPI stand at £243,220.

Kate says: Hold onto your hats! As expected the Autumn ‘bounce’ hasn’t happened this year and is unlikely to now, so many of the headlines are about market slowdown or small slump. The annual changes year on year indicate prices rising still, but only just. The question now will be how the media reacts and whether their headlines cause a slowdown/slump to worsen as buyers inevitably hold off this side of Xmas. Having said that, since the recession at times like this, we’ve tended to see poor market headlines spook sellers too, so if this is fall in demand is matched by a fall in supply as well, then we may end up with a year or more of low growth.

The question now is will media headlines cause a slump as buyers inevitably hold off buying this side of Christmas.

Kate says: UK HPI data tends to be a few months behind other indices, but the trends we are seeing by country are pretty similar. Some growth exists, but it’s very varied from one internal region to another and indeed by individual property postcode. England continues to do well, Scotland and Wales are just about to recover to pre-credit crunch averages from 10 years ago and Northern Ireland’s property price bubble has well and truly burst, with prices up year on year, but still down by nearly half after a decade. For those still telling everyone property is a ‘safe investment’ which ‘doubles every 10 years’ they might want to re-think their promises as only a handful of areas can claim to achieve this.

RICS: “The price gauge for London remains firmly negative, while the price balance was also negative in the South East for a fourth consecutive month (albeit to a lesser extent than in the capital). Both of these regions continue to display the highest proportion of respondents viewing the market to be overpriced, compared to all other parts of the UK. Elsewhere, East Anglia and the North East also posted modestly negative readings for house price inflation. Away from these areas, price growth remains relatively robust across the rest of the UK, with Wales, the North West of England, Scotland and Northern Ireland all seeing prices rise over the period.”

LSL Acadata HPI: “All regions still show a positive movement in their rates of annual house price change, although only just so in the case of Greater London, where house price growth has fallen to 0.7 per cent, its lowest annual rate for the past five years. The East of England continues to record the highest rate of annual house price growth of all the regions, with six of its ten constituent areas setting record-breaking average prices in the month. Four regions have seen their annual rate of house price growth increase, being the North East, the North West, the East of England and Wales, while six regions have seen their rates fall.”

Hometrack: “Falling unemployment and record low mortgage rates are supporting demand as house prices in large regional cities continue to increase off a low base. Manchester is the fastest growing city (7.3%), followed by Birmingham (6.7%) and Edinburgh (6.6%).

“In contrast, low house price inflation in London is acting as a drag on the headline rate of growth. House prices in London are currently falling in real terms. The nominal growth rate of 1.9 per cent is below the general rate of inflation (2.9%, CPI). Other high capital value cities such as Cambridge and Oxford have also registered a steep slowdown in the rate of price inflation over the last 12 months as affordability pressures constrain housing demand.” (Aug 17).

Kate says: Who would have thought it, London and Reading now feature in our ‘lowest annual growth’ areas, although it’s worth noting they both still feature in the top five price growth areas over the last 10 years. This means although homeowners might lose a bit of money on their property value, they can afford to do so based on the equity growth previously achieved, they should survive a small downturn. However, the Midlands continues to do well and the question is whether this will ripple out to the North over the coming months. My view is it’s unlikely, meaning that there is potentially little growth in most regions across the counties over the next 6-12 months and the North may not recover as well as the South and Midlands even for the next five years. Good news for would-be-buyers, not great for homeowners wanting equity to trade up, but also not great for investors hoping to secure capital growth and income they have enjoyed ‘down south’ but due to harsher taxation they can’t get the numbers to stack up so well.

Most commentary focuses on what is happening to property prices, but as anyone in the property industry knows, property prices are driven by what happens to supply and demand, which is why performance is so localised, pretty much to a property on a street.
LSL Acadata HPI: “We estimate the number of housing transactions in August 2017 in England & Wales at 80,500, based on Land Registry numbers and their methodology for accounting for domestic property sales. This is up by five per cent on July’s total, and goes against the typical seasonal decrease of one per cent that we would expect in August (based on averages from the last 20 years).”

Bank of England: “At 66,580, mortgage approvals were broadly in line with their recent averages, although they fell a little on last month, with approvals for remortgaging at 44,825, which is a reduction on the previous month.”

RICS: “New buyer enquiries declined during September. Not only does this extend a sequence of negative readings into a sixth month, it also represents the weakest figure since July 2016. Meanwhile, new instructions to sell were more or less stable for the second report running, having declined continuously over the past eighteen months. Consequently, average stock levels on estate agents’ books held broadly steady (albeit near record lows), at 43.3.

“At the same time, headline agreed sales volumes also fell, again, this was the softest reading since last July. When broken down, although London and the South East were at the forefront of the decline once more, weakness in transactions was widespread during September. In fact, only Wales and the South West were cited to have seen an increase over the month, while all other parts of the UK exhibited either a flat or negative trend. Given the sluggish backdrop, the average time taken from listing to completion across the UK lengthened to 18 weeks (from 17), according to the latest results.”

Kate says: Property transaction levels are the lifeblood of the business and currently the numbers aren’t too bad. However, sales are likely to take a downturn versus last year towards Xmas, which although liveable with, this year may be tougher for some agents to survive in 2018, particularly if an agent both sells property and lets and has the worry of losing tenant fees at some stage which could wipe out current lettings profit.

For those who wish to sell their business as they are worried about the impact of the future market and increased costs/lower revenue, now would probably be the best time to sell.