Sign in or Sign up
The essential site for residential agents
Home » Charity » Join in Julian’s fundraiser! 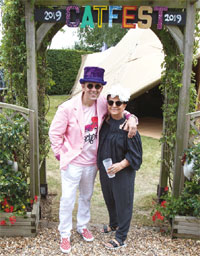 Catfest has been a huge success, it has become one of the premier social events in the property industry calendar. Last year’s Catfest raised £52,607 for Action Against Cancer and the aim is to beat that total this year. Julian’s wife Cat has been fighting the disease for almost 10 years.

A fundraising idea for 2020 is “100 Hitmakers Against Cancer” – involving Julian getting a series of guitars, that have been donated by well-wishers, signed by the great and the good of the music industry. He has secured signatures of 70 stars like Mark Knopfler, Brian May, Jools Holland, Stereophonics, Craig David, Gary Numan, Midge Ure, Lulu and Ronan Keating. 100 Hitmakers Against Cancer” will end when the target is reached – Catfest 2020 is not until August 22nd so there is time to get there.

Action Against Cancer funds the development of cures for cancer at institutions such as Imperial College London and the University of Sussex.

Cat says, “As cancer patients, we all need hope. Research for cures or better treatment gives us that hope. We are therefore proud to support Action Against Cancer.” 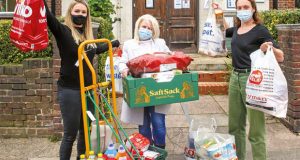 Barratt reaches out to NW7 Hub 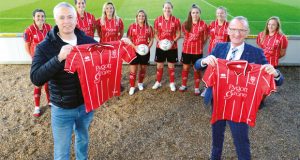 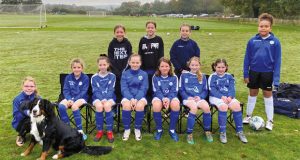