Knight Frank is one of the most corporate of all the big estate agency chains, employing a small army of public relations people to keep its august reputation polished, and often leaning heavily on its venerable history.

Or at least it did until now. One of the company’s several global CEOs Piers Brunner has embraced its stated corporate aim to “make work fun”, perhaps too enthusiastically.

The 50-something has fronted a hilarious internal video promoting the company’s Wellness Week, featuring his attempts at a high-five with a tubby but woolly bear mascot.

“Being the CEO of a global property consultancy firm has a very important role,” Brunner says with a half-concealed grin at the start of the video.

“Not only are there the strategies that you’re putting in place within the business, the culture, the spirit that you’re building, but the health of the employees also rests on your shoulders.”

Based in Hong Kong, Brunner has been CEO at its regional office for three years having spent 12 years prior to that at Colliers International.

“Get ready for exercise, less stress and a healthier diet,” he urges Knight Frank employees during the video promoting the company’s Wellness Week.

The baseball-capped branded mascot then does a set of exercises within the company’s boardroom including arm stretches, floor press-ups, squats, star jumps and even jogging. All set to some cheesy merry-go-round music.

Brennan is helping make a difference to Knight Frank, though. Overall across the company’s 44 offices some two thirds of the estate agent’s workforce believe that they have got their work-life balance right. 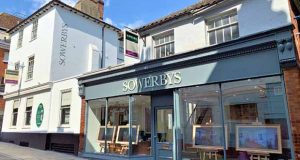 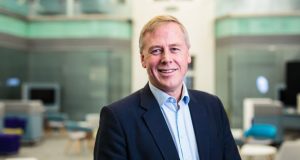 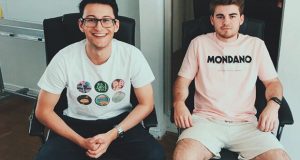