No ban on letting agent fees…

...but the issue isn't going away, says Sheila Manchester. 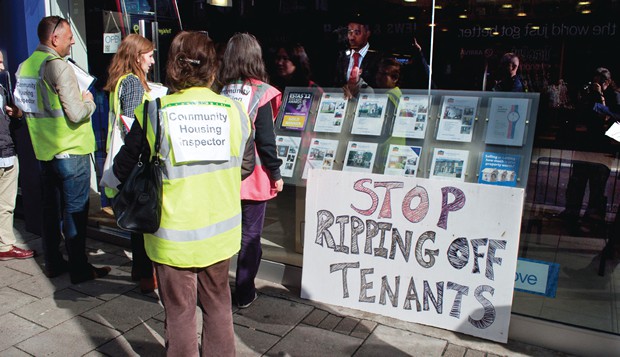 On 13th May, MPs rejected Labour’s last minute proposal to introduce a letting agent fees ban with 281 MPs voting against and 228 for. The proposal was placed as a last minute amendment to the Consumer Rights Bill which is working its way through Parliament; it was presented by Stella Creasy, Labour MP for Walthamstow, along with other random amendments in a rushed session, which culminated in defeat for the Labour Party.

Housing Minister, Kris Hopkins, described Labour’s proposals as a “short term gimmick that could have led to higher rents by the back door.” He added, “Excessive state regulation and waging war on the Private Rented Sector would also destroy investment in new housing, push up prices and make it far harder for people to find a flat or house to rent.”

There was a mixed reaction from the industry. Labour’s move was seen by many as a misguided electioneering stunt, including Nigel Bosworth, MD, Dwell Residential, who described it as an “opportunistic but populist move intended to grab the votes of tenants.”

Others thought a ban would mean lower standards, “If the vote had gone through, some agents may also have been tempted to reduce the quality of their administration – which is something no tenant wants,” said Jo Wilson, Residential Lettings Director at Mullucks Wells, while David Newnes, Director, LSL, said, “If tenant fees were banned and the landlord and agent had to bear the cost, there is a possibility agents and landlords will start pre-vetting tenants. Furthermore, if tenants have no advance financial commitment there is nothing to stop them pursuing multiple tenancies at the same time and taking the first one that completes, dropping the others.”

The truth is that far from opposing change, most letting agents support further regulation, but then, they know and understand the Private Lettings Sector.

Many would agree with Paul Weller, MD, Leaders, who said, “Fortunately common sense has prevailed but yesterday’s vote was a wasted opportunity. The vote should have been on banning all unregulated agents from practising.” But others are convinced that full regulation is unlikely in the short term, “Back door regulation – imposing some controls – is better than no regulation at all as it gradually marginalises the bad guys. But we must find ways of raising standards and it may be that it’s better that tenants do have the costs wrapped up in the rent without having to find the considerable up front costs on top of a deposit,” said Jeremy Leaf at Jeremy Leaf & Co. “Improved public perception is in the long term interest of the letting agent.”

Labour MPs aren’t likely to give up on their attack on letting agents. Stella Creasy, MP for Walthamstow, said that, “Letting agents fees are a profit making machine.”

Earlier in the day, the Government, clearly wanting to dilute one of Labour’s major election focus issues, took the wind out Labour’s sails, announcing its plans to oblige letting agents to display full details of their fees on their websites and in their offices. During Deputy Prime Minister’s questions, Harriet Harman, Labour’s Deputy Leader, called on Nick Clegg, Deputy Prime Minister, to support a ban on charging fees to tenants. The LibDem leader said that the high cost of renting is predominantly down to the fact that not enough affordable homes are being built, however, “On the charges raised by the agencies, whilst the problem she identifies is right, the solution she is suggesting may of course lead to higher rental costs.

“That is why we will be announcing that we will be placing new obligations on agents to publish in full transparency what kind of fees they are charging so people can shop around and get the best deal available.”

Currently, agents are required to list charges to the prospective tenants in their advertisements, but the only punishment for hiding fees is being named and shamed by the Advertising Standards Authority.

Business Minister Jenny Willott revealed after Mr Clegg’s comments that harsher penalties will be brought in to crack down on hidden fees. She said, “We want to go further than this to require all letting agents to publish a full tariff of their fees both on their websites and prominently in their offices. Anyone who does not comply with these rules will face a fine.”

The Government said its amendment to the Consumer Rights Bill would be brought forward at a later stage in the legislation’s passage through Parliament.

What’s your view? We’d like to hear! Email [email protected]