Claim is made by London developer which sold half of all the apartments at its Greenwich development before end of yesterday. 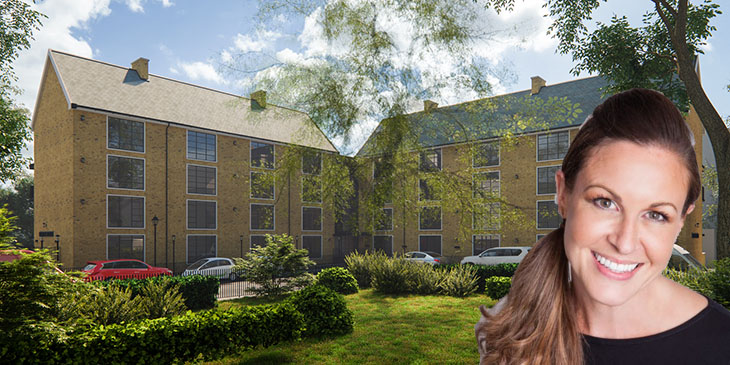 The freedom afforded by the new relaxed lockdown rules may have helped millions of shops and pubs to begin returning to normality, but the newbuild sector also felt the benefit of people’s new-found freedoms yesterday.

One developer at a newbuild site in London’s West Greenwich neighbourhood says it sold half of all the 21 units as buyers flocked to the site to view properties.

Ten of the 21 properties at Swanne House sold yesterday for a combined value of £7 million.

Developer The Malins Group said it timed the launch of the development to coincide with the first phase of the lockdown measures being relaxed as local people in the area left their homes go shopping and order their first pub rounds for many months.

Its MD Lauren Atkins (main pic) says: “The hoarding went up a week ago and the agents JLL and local agent John Payne started getting a lot of calls.

“We launched yesterday morning and the reservations have been coming in a constant stream from buyers, all offering the asking prices.”

Somewhat ironically for a nation emerging from a lockdown, Swanne House is the former accommodation block for staff working at the local police station.

It has been converted into four one-bedroom suites, nine three bedroom duplexes, eight three-bedders and several rooftop duplex apartments, all with access to outside space.