You don’t need a Foxtons’ budget to give your high street office an effective makeover, says Joanne Christie. 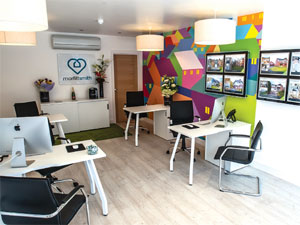 Main and below left both Morfitt Smith.

Paul Batty, Director at Morfitt Smith, is among those who started out with a shoestring fit out budget. “I look at Foxton’s and I think they have it spot on. But obviously we don’t have the £1 million houses that Foxton’s do. £600,000 is a lot of money, and I think you can still achieve a similar look on a budget.”

Batty estimates the cost of fitting out Morfitt Smith’s first branch in Hillsborough in August 2013 was £6,000-£8,000 but its design went down well with local residents. “When we opened people complimented us on how nice the office was and they still compliment us on the office.”

We set up with £30,000 in working capital to get us up and running. The bulk of setting up went to a branding agency but we spent more on the next two offices. Paul Batty, Morfitt Smith.

The small initial outlay certainly hasn’t held the agency back – it now has three branches and was recently runner-up in The Negotiator’s 2016 awards in the New Agency of the Year category.

Batty had a bit of an edge, however, as he was an experienced property developer so was able to do a lot of the work himself. “We found a premises in Hillsborough – an empty shell. I did most of the building work myself,” he recalls. “I’d done a bit of property development previously so I know a bit about what works and what doesn’t work.”

Ian Preston, Director at Preston Baker, took a similarly hands-on approach when setting up shop with his cousin James Baker back in 2008. “One of the best things about opening your own business when you have nothing is that you have to get involved – be a handyman, put the boards up, everything, and it is a huge amount of fun. While it is quite scary as it is not necessarily what you are trained to do, you just have to get stuck in. We did all the demolition, painting and decorating ourselves. We were there on Sunday nights painting.”

The hard graft helped to keep costs very low, says Preston. “For the first two offices, opened within 12 months of each other, the fit out costs were less than £10,000.”

Preston had a greater incentive than most to stick to a tight budget, given the economy when he opened his first agency in York. “It was October 2008, Northern Rock had just collapsed, Lehman Brothers was just collapsing and houses weren’t selling. There had been a 75 per cent reduction in transaction numbers since 2007 so it was really bleak.”

Ironically, it was the poor economy that Preston, who had been working in estate agency for 10 years, credits with helping him strike out on his own. “Countrywide at that time were shutting a number of offices and the York office was one of the offices it was shutting. We did a deal with them where we took on their stock and then paid them a percentage of everything we sold. The thing is that actually if it hadn’t been as bad as it was then we wouldn’t have had that opportunity. So it was a mixture of circumstance and opportunity.” 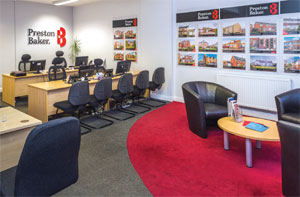 The perilous economy meant there were also plenty of bargains to be had on furnishings, says Preston. “We bought the furniture second-hand, we went to reclamation places and because it was the recession loads of companies were shutting down so there was loads of gear available.”

The recent news about Countrywide shutting 59 branches means there may be similar opportunities for thrifty fit outs in the near future, but there are plenty of other ways to get furniture on the cheap.

“In Amazon’s early days they recycled doors and attached legs to make frugal desk spaces for their first employees,” says Gareth Jones, digital marketing manager for furniture supplier Kit Out My Office. “Thankfully that’s no longer essential for start-ups of today. Office desks with modern white tops can be found for less than £100 online.”

Batty says he went for Ikea. “It was pretty basic but it did the job. The second time around we went to a different furnisher and we spent a lot more on furnishings, particularly a lot more on chairs.”

Furniture wasn’t the only area where he upscaled when expanding to his second agency, says Batty. “We had builders in and the second time we did it, it probably cost us about £20,000 or £30,000 for each of the new offices so significantly higher than the first time around.”

Since opening his first two branches in York and Selby, Preston Baker – originally a Bairstow Eves franchise — has opened five further branches, most also with fit out budgets of about £30,000. Preston has mixed views on whether or not the extra spend proved worthwhile.

“Did these deliver three times more value? No they didn’t. Don’t get me wrong, we’ve rekitted those offices in Selby and York since we originally did them, with bigger budgets, and I think as an advertisement when a member of staff walks through the door and thinks ‘do I want to work here?’, it has helped. As a staff attraction tool nice offices really do help.

“But I think in the majority of locations in the UK what matters is your marketing, your staff, your proactiveness and your customer service delivery, your digital offering and your opening hours, and all of those things can be at a very high level without swanky premises.”

Batty says it was partly to invest in marketing and branding that he kept his initial fit out costs so low. “We set up with £30,000 in working capital, which included everything to get us up and running. The bulk of setting up was getting the branding together and we paid a branding agency to do that so they took quite a bit of the working capital.”

Agents would be wise to remember that fitting out a shop is only a small part of the initial set up cost, says Alex Tarry, director at Best Estates, the Suffolk agent that won this year’s New Agency of the Year category.

“There is so much more to it than saving money on the fit out,” says Tarry. “Fitting out an office is part of it but funding that office for months and months until you get a profitable pipeline requires a much larger sum of money. On day one you haven’t got any houses to sell and you haven’t got any applicants but you’ve got all the costs. I would encourage people to preserve as much capital as possible.”

Tarry says even with a relatively modest budget, agents should still aim for a welcoming environment. “Even though we were on a limited budget when we started out, we put some of that focus towards a bar fridge full of drinks, including fruit drinks for children, and an espresso machine.

“We wanted to create a welcoming environment which wasn’t intimidating to people, one which put the agent on a level footing to the person visiting their office, be it an applicant or a vendor. I am very keen on the idea that people get up from their desks and talk to people around a round table with a free coffee and free drinks and that is the philosophy that we have at Best Estates.”

Indeed, despite cutting costs by doing manual work themselves, both Batty and Preston agree that there are some things that one can’t cut corners on when setting up an estate agency, and window displays are top of the list.

“When we started out we went for the illuminated displays. No other agency in Sheffield at that time, certainly not in the vicinity of our first office, was using them and we wanted to stand out so we sort of went for something that was bright and attracted attention at night time as well,” says Batty.

“One of the biggest expenses when you are setting up new offices is the property displays and these will generally come to a good few thousand pounds,” says Preston, adding that not needing these helped his firm make significant savings when it recently opened a non-customer facing office in Sheffield, which he says has been very successful so far.

“The thing that matters is your proposition and how it is going to give the best advantage to the consumer and that is what the battle will be fought over in the next five years, rather than who has got the swankiest marble worktops in their estate agency.”

In an era where the lines are becoming increasingly blurred lines between high street agents and online agents, perhaps the agents who are saving on office fit outs to spend money on other things have the right idea. It certainly seems to have worked out well for some. 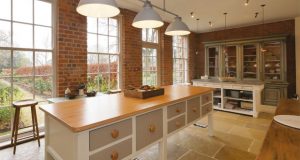 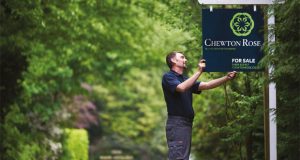